Is the Army Replacing the M4 with a Super Gun? 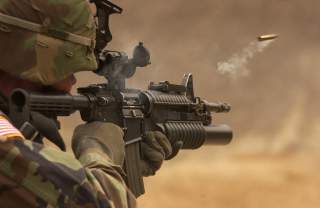 Key Point: Rifles are the next step in modernization for near-peer conflict.

(This article first appeared in January 2018.)

“As near peer adversaries like Russia and China continue to expand their military capabilities, we can no longer afford to sacrifice modernization. From rifles, to shipbuilding, to missile defense, it is critical that the U.S. maintains a competitive edge over countries that wish us harm,” Ernst said Wednesday in a statement to Task & Purpose.