The Army Is Slowly Building a New Way to Wage War 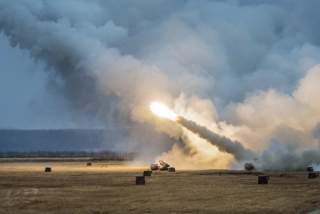 The Army is evaluating a series of emerging intelligence analysis technologies intended to integrate and organize a range of input sources to include drone videos, satellite imagery, enemy movement information, terrain data and crucial elements of battle planning.

Part of the initiative is aimed at leveraging the most advanced computer processing speeds, data analysis and technologies designed to synthesize information from otherwise disparate nodes. Bringing this to fruition, Army developers explained, requires extensive exploration of cutting-edge commercial technologies which can quickly be applied to military systems.

“The Army uses it as an intel exploitation technology to pull down data for their area of responsibility. They also use it to evaluate enemy force structure such as maps, areas of egress or front end battle planning,” Todd Probert, Vice President of Mission Support, Raytheon, told Warrior in an interview.

FoxTen, Probert explained, can be interpreted as a new generation of user-friendly, adaptable commercial technologies designed to function as an upgraded iteration of the Army’s Distributed Common Ground System. DCGS, also an intelligence database with origins as far back as 20 years, is engineered to draw data from as many as 500 different sources. However, DCGS has had some developmental problems and been the subject of some criticism from military customers, analysts and industry developers.

“It is an intel platform for the edge,” Probert explained. “It integrates a couple hundred different sources of intelligence straight off the web.”

The pace of technical change and the rapid introduction of threatening new areas of warfare such as cyber and electronic warfare, are part of what is driving the Army to seek fast-emerging new intel database systems. As part of this push, the Army is integrating cyber and EW units together and doubling its force of electromagnetic warfare specialists.

“We are standing-up a cyber-electromagnetic activity staff, doubling the force, doubling the amount of training and increasing our tactical ability,” Brig. Gen Jennifer Buckner, head of Army Cyber Command, said recently at the Association of the United States Army Annual Symposium.

“The Merging cyber, EW and SIGINT brings a new generation of warfare advantages by, among other things, enabling forces armed with EW weapons to produce a narrower, much more targeted signal. The idea is to leverage the technology we are using today and put cyber and SIGINT on the same platforms,” Finch told Warrior.

Torres Advanced Enterprise Solutions is another a private firm focused on cybersecurity and intelligence-oriented training of US military personnel. Torres CEO Jerry Torres said there is a pressing need for these kinds of integrated systems.

“There are so many sources of information and methods of receiving data, that it is hard for a single individual to analyze the in real time,” Torres said. “We need to protect US assets, bases and embassies abroad, so we need to look for things that could be targeting US personnel around the globe.”

Kris Osborn previously served at the Pentagon as a Highly Qualified Expert with the Office of the Assistant Secretary of the Army - Acquisition, Logistics & Technology. Osborn was also an anchor and on-air military analyst for national networks.

Revealed: US Army's 'Shield' Against Missiles, Rockets, Mortars and Aircraft