Army vs. Marines: Which Service Had the Better Bullet? 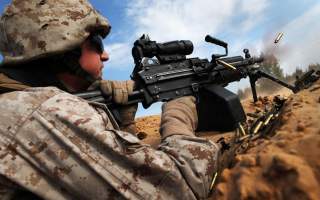 But while the Marines adopted the PMAG in 2016, they still resisted the change to the Army’s M855A1 round. The Marines originally planned to adopt the M855A1 in 2009, when the Army was finalizing its design work on the round, but problems with the accuracy of the trajectory of the round caused the Marines to pull out of that commitment. Instead, they bought the Mk318.