Army vs. Marines: Who Is the Ultimate Fighting Force? It Comes Down To This. 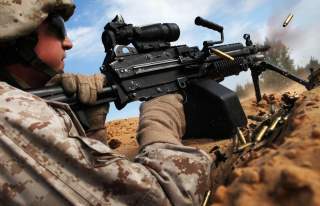 Key Point: Who has a better bullet?