The Army Wants a "Coyote Kamikaze Drone" for 1 Reason 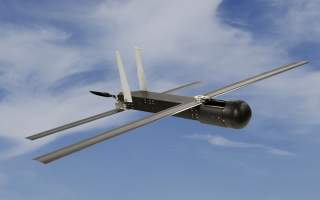 Specifically, Army experts are building into the picture Raytheon's Howler counter-unmanned aerial vehicle (UAV) configuration, which includes the Coyote "Kamikaze drone," an expendable UAV that can locate and destroy enemy drones, and the Ku band radio frequency system multi-mission simultaneous radar, or KuRFS, which can acquire and track drones of all sizes.

The Army is already employing the Howler, which reached initial operational capability in June after a development and fielding window of just 17 months. The system is capable of intercepting Group 1 and Group 2 drones, including systems up to 55 pounds, capable of operating at altitudes of up to 3,500 feet.