The Army Wants a Rifle That Can Puncture Anyone's Body Armor 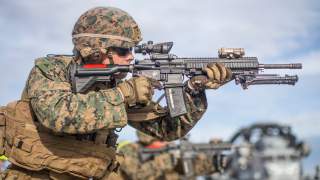 Key point: The Army is always in an arms race to develop guns and bullets that can pierce evermore effective armor.