In Asia, More People Are Striving for Wealth 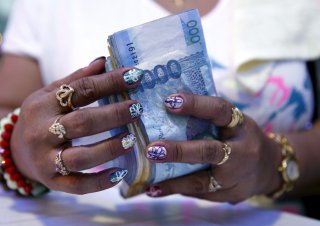 In Asian countries such as Vietnam, Japan, and South Korea, the pursuit of wealth plays a much greater role than in Europe and the United States. Social envy is also far less pronounced in these countries than in many European countries. That is one of the key findings of an international survey that will be published in the journal Economic Affairs.

The opinion research institute Ipsos MORI surveyed around 1,000 representatively selected people in each of the United States, six European, and four Asian countries to determine their attitudes toward wealth and rich people. One of the questions was: “How important, if at all, is it for you personally to be rich?” (Figure 1).

In Europe and the United States, an average of only 28 percent of respondents said that being rich was important to them. In the four Asian countries, the figure was 58 percent. The pursuit of wealth is particularly important to people in Vietnam (76 percent) and South Korea (63 percent). While in almost all countries more men than women said it was important to them to be rich, in Vietnam the number of women aspiring to be rich (78 percent) exceeded that of men (72 percent).

Figure 1: How Important Is It to be Rich? Vietnamese Lead the Way 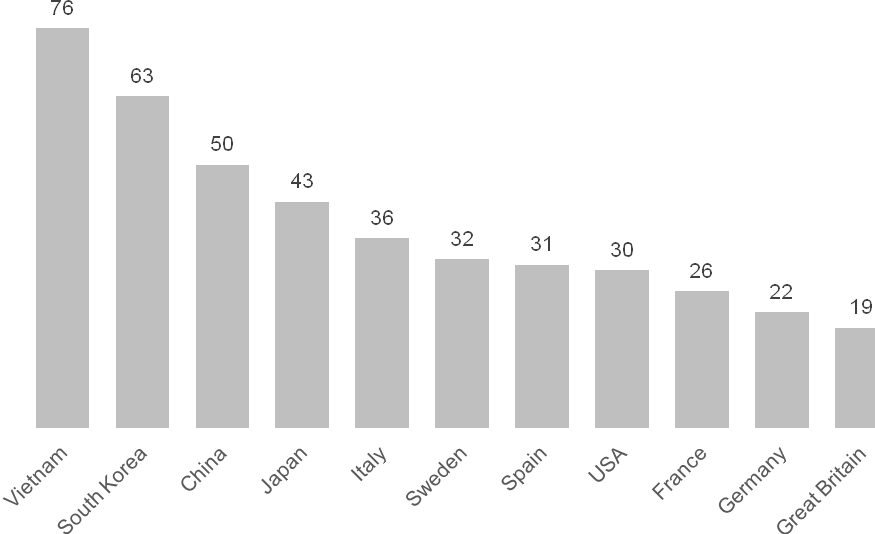 The study also found that in Japan, South Korea, and Vietnam, social envy against the rich is only very slight—particularly in comparison to continental Europe. On this point, however, China occupies a special position: envy of the rich is about as pronounced in China as it is in Germany.

The study also measured how people rate the personality traits of the rich. Respondents were presented with a list of personality traits and asked which of these traits they would attribute to the rich. In eight of the eleven countries, respondents were also asked whether they themselves knew one or more wealthy people. Interestingly, in all of the countries where this question was asked, very few respondents said they would describe the rich as honest. However, when people who personally knew one or more rich people were asked whether they thought the rich person they knew best was honest, the percentage who said they did was much higher (Figure 2). This shows that the image of the rich is very strongly influenced by prejudices, because respondents who know one or more rich people personally have a far more positive opinion than respondents who only know the rich from media reports and films. 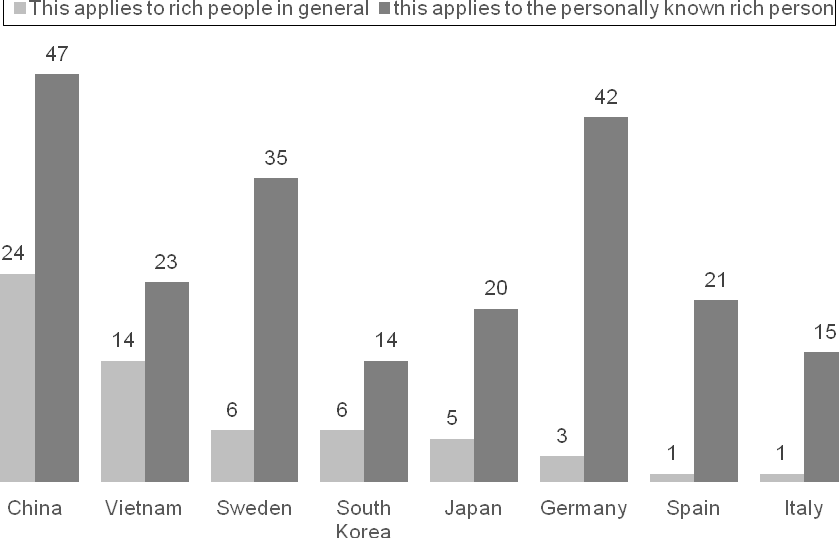 Respondents’ answers to the questions that measure social envy were then combined with their responses to the questions about the personality traits they attribute to millionaires to provide an overall picture, the “Rich Sentiment Index.” This index depicts the extent to which respondents have a positive or negative attitude toward the rich. Figure 3 shows the ranking: the lower the index score, the more positive the attitude toward the rich. Accordingly, the most positive attitudes toward the rich are held by Japanese and Vietnamese respondents, the most negative by the French, followed by the Spanish and Germans.

Figure 3: Rich Sentiment Index: French Respondents Have the Most Negative Opinions of the Rich 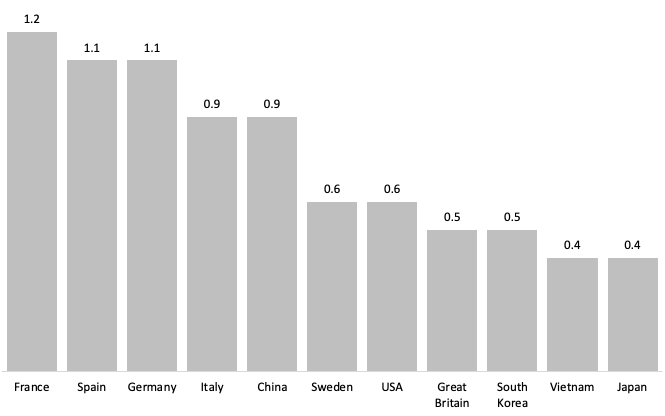 Rainer Zitelmann is a historian and sociologist and the author of the book The Rich in Public Opinion.