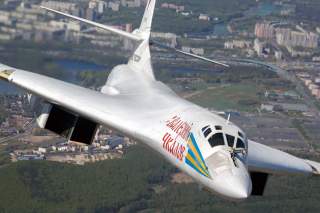 TASS is a state-owned news organization, so presumably, the “leak” indicates that Russia either plans to arm the Tu-160 with hypersonic missiles—or wants the rest of the world to think so.