AUKUS Reveals How America and Europe are Drifting Apart 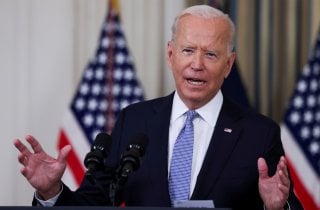 After four long years of dealing with Donald Trump, European leaders breathed an audible sigh of relief when Joe Biden was inaugurated as U.S. president in January. Like Barack Obama twelve years before, Biden was seen as a dramatic course correction, a decision by America to pull back from unilateralism and bellicosity and put a sober, responsible leader back in the White House. European Commission president Ursula von der Leyen commended the result, describing Biden’s election as a “new dawn in America,” where “after four long years, Europe has a friend in the White House.” She committed to renewing ties “with an old and trusted partner.”

What a difference eight months makes. Today Biden and his administration are assailed on all sides in Europe. The withdrawal from Afghanistan, U.S. acquiescence in Germany’s Nord Stream 2 pipeline with Russia, and now the AUKUS defense and technology pact have prompted fear and even fury among longtime European NATO allies of the United States. European outrage over Trump’s tone and caprice had masked a deeper truth: the transatlantic alliance is floundering because of a deeper divergence of interests between Europe and the United States.

European leaders reacted with dismay to Biden’s April decision to withdraw all U.S. troops from Afghanistan. Dismay turned to outrage as the Afghan government and army collapsed and the final withdrawal was conducted with the Taliban in control of Kabul. Mirroring the outcry from U.S. domestic media, the Biden administration received significant blowback from foreign officials. Tom Tugendhat, chair of the Foreign Affairs Committee of Britain’s House of Commons, dubbed the move “the biggest foreign policy disaster since Suez.” Germany’s Christian Democratic Union Party chief Armin Laschet declared: “It is the biggest debacle that NATO has suffered since its founding, and we’re standing before an epochal change.”

The torrent of criticism from European allies was rooted both in the policy decision to withdraw and in the belief that the United States ignored its European partners both in the decision and the execution of withdrawal. NATO Secretary-General Jens Stoltenberg, however, refuted charges of American unilateralism: “some are talking about the lack of consultation, but I was present in those meetings … Of course, the United States consulted with European allies... The decision was made in April and all allies agreed.”

Before the Afghanistan furor had subsided, Biden double-downed, prioritizing what he saw as the U.S. national interest by signing the AUKUS security pact with the United Kingdom and Australia. The agreement included a U.S. commitment to help Australia build at least eight nuclear-powered submarines equipped with U.S. technology. This came at the expense of France, ending a $66 billion deal in which France was supplying Australia with a dozen diesel-electric submarines.

France is furious, calling AUKUS “a betrayal“ and claiming they were informed only hours before it became public. The French are probably right to be angry. Australian prime minister Scott Morrison responded to the uproar with veritably Gallic insouciance, saying that while he “[understands] their disappointment…[the French government] would have had every reason to know that [Australia] had deep and grave concerns.

The United States has taken steps to mollify the French, and France’s ambassador is slated to return to Washington next week. But the damage to one of America’s oldest relationships may not be easily repaired.

There is also a dawning recognition in Washington that Europeans, by and large, don’t want to commit themselves to either America’s camp or China’s. This neutrality is grounded in basic economic realities. In 2020, China overtook the United States to become the EU’s biggest trading partner in imports and exports (though when services are accounted for, EU–U.S. trade is still 40 percent higher). While Europe has sometimes joined the United States in castigating China, this rhetoric has rightly rung hollow most of the time. When it infringes on their economic interests, European states are far less willing to confront China. EU members have taken varied stances on allowing Chinese giant Huawei to build 5G infrastructure in their countries. The European Parliament’s ratification of the bloc’s Comprehensive Agreement on Investments (CAI) with China is uncertain, but the agreement wholly ignored China’s human rights record.

Europeans, by and large, do not want to be forced to choose sides. Public opinion polling conducted by the European Council on Foreign Relations found majorities, ranging from 54 percent of Poles to 83 percent of Austrians, affirming that if there were a conflict between the United States and China, they would choose to actively support neither. In condemning the AUKUS submarine deal last week, French foreign minister Jean-Yves Le Drian confirmed these American fears of European fence-sitting: “We see the rise of an Indo-Pacific strategy launched by the United States that is militarily confrontational. That is not our position.”

Even if it had the will, Europe largely lacks the means to contribute more than token military power to either deterrence or conflict in the Pacific. The NATO interventions in Kosovo and Libya laid NATO’s emasculation bare. Despite having embarrassed themselves by only being able to shoulder a small share of the load in the Balkans a decade before, most European air forces ran out of munitions during the short air war over Libya. Only eight of twenty-eight NATO members even participated.

The deployment of a lone German frigate to the Pacific is unlikely to restore NATO’s battered reputation. Britain’s new pair of aircraft carriers are a rare exception to the decline of European military power—but they may be white elephants in a future war at sea.

While Trump’s antics throughout his presidency alienated allies, the focus on rhetoric largely distracted Europeans from wrestling with the belated discovery that European and U.S. interests have been diverging for years. The American hyperpower is dead; the American superpower is increasingly unwilling to continue to subsidize Europe’s defense. “We should’ve never expected a return to the old status quo after Trump: with Biden, the motto remains ‘America First,’” Jean-Claude Juncker, the EU’s former chief executive, said in a recent interview.

The Economist asserted on Sunday that the AUKUS pact was, like Suez or the fall of the Berlin Wall, one of the rare moments in history where “you can see the tectonic plates of geopolitics shifting in front of your eyes.” That may be a bit overwrought, but the writing is on the wall: the United States is, at last, in the midst of executing a real pivot to the Pacific. America sees its greatest threats and opportunities in Asia. Europeans should plan accordingly.

Gil Barndollar is a Senior Fellow at Defense Priorities.

Natalie Armbruster is a Research Associate at Defense Priorities.