Australia and America Get Ready to Fight Together in the Pacific 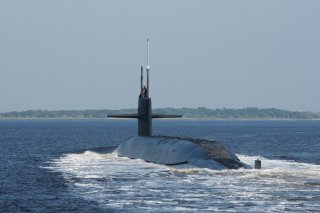 A recent visit to America by Australia’s top sailor underscores just how deep the American-Australian relationship is. Chief of Naval Operations Adm. Mike Gilday hosted his Australian counterpart at the Pentagon.

“During the visit,” a U.S. Navy statement explained, “the two leaders focused on interoperability and their ongoing work to expand and strengthen maritime security in the Indo-Pacific region.”

“Our partnership with Australia is rooted in our shared common values and friendship,” said Gilday. “Our history and like-minded goals allow us to work seamlessly together across a range of military operations to keep the seas open and free,” he added.

“Gilday and Hammond discussed the progress of the trilateral security partnership signed in September 2021 known as ‘AUKUS’—referencing Australia, United Kingdom, and United States—which was implemented to develop and provide joint advanced military capabilities to promote security and stability in the Indo-Pacific region.”

Last year’s AUKUS agreement was unexpected, and it came as a surprise to virtually the entire world. It also marked just the second time that the United States has given another country access to the crown jewels of American strategic nuclear deterrence: underwater nuclear propulsion technology.

Though the United States has shared that information once before, letting the British Royal Navy in on nuclear submarine propulsion, the tech is highly classified and crucial to American national security.

Bullied by China in recent years, Australia has taken a harder line. Australia is increasingly investing in national defense to ensure freedom of navigation in the Pacific and protect its national interests.

Though Australia was to purchase new submarines from France, the French option was conventionally-powered and generally less capable than an American or British nuclear-powered submarine. As a result, Australia broke off the agreement with Paris and instead embraced the American and British nuclear offers.

The triad is a natural fit—all three countries share a common language and reasonably similar culture, and they have been closely allied for over a century.

“Since the announcement, each of the participating countries have reaffirmed their commitment to a free and open Indo-Pacific, and more broadly to an international system that respects human rights, the rule of law, and the peaceful resolution of disputes free from coercion.”

“We are excited for the future and are honored to work with the Royal Australian Navy day-in and day-out, committed to a warfighting force capable of assurance, deterrence, and the high-end fight,” said Gilday, reaffirming the two nation’s shared cause and dedication to a free and open Pacific.