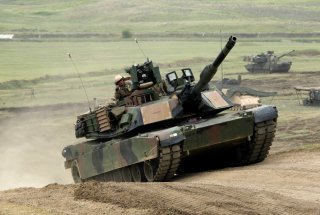 Australia has committed to an arms import deal with the United States to purchase 120 tanks and other armored vehicles.

“The M1A2 Abrams will incorporate the latest developments in Australian sovereign defence capabilities, including command, control, communications, computers and intelligence systems, and benefit from the intended manufacture of tank ammunition in Australia,” said Australia’s Minister for Defense Peter Dutton. “The introduction of the new M1A2 vehicles will take advantage of the existing support infrastructure, with significant investment in Australian industry continuing in the areas of sustainment, simulation and training.” The Australian government clarified that its M1A2 tanks will be of the SEPv3 revision, featuring an improved communications suite, streamlined maintenance protocols, an Ammunition DataLink (ADL) with airburst rounds, and a new Explosive Reactive Armor (ERA) setup. The latest version of the M1A2, the SEPv4, is expected to enter testing in 2021.

According to the Australian Defence Magazine, Chief of Army Lieutenant General Rick Burr argued that modernized tanks are essential to the Australian Armed Forces’ interoperability with joint and coalition forces. But the Sydney Morning Herald reported that some Australian security experts are skeptical of Canberra’s procurement decision, noting that heavy armored vehicles do not contribute to the air and naval capabilities crucial to a major military conflict with China. “Tanks are always one of those controversial things - you either love tanks or you hate them,” said Marcus Hellyer, a senior analyst with the Australian Strategic Policy Institute. “The issue is not so much ‘should we be getting tanks?’ The issue is we are spending $30-$42 billion overall on armoured vehicles. Is that the right balance of investment across the [Australian Defense Force] ADF?”

The first vehicles from the new Australia-U.S. contract will be delivered in 2024 and are expected to enter service in 2025. The deal comes amid mounting military tensions between Canberra and Beijing, as Australia seeks to build a web of regional defense partnerships to balance against the Chinese Communist Party’s growing geopolitical ambitions. Australia signed a security treaty with Japan, dubbed a Reciprocal Access Agreement (RAA), earlier in January. Canberra also entered into the AUKUS trilateral security alliance with Washington and London last year. The alliance, which is widely seen as a measure to contain China, has drawn sharp condemnation from Beijing, with a top Chinese Foreign Ministry official charging that AUKUS "seriously undermines regional peace and stability and intensifies the arms race".