Australia Wants A Long-Range Strike Capability, But That Comes With Risks 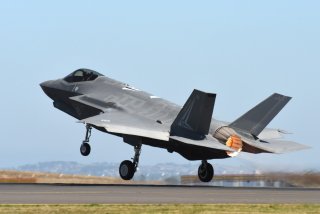 In his recent two–part Strategist series, ASPI’s Marcus Hellyer made the case for Australia developing a long-range strike capability. I disagree, but my counterargument is not absolute: Australia ought to have the ability to sink ships thousands of kilometres from our shores, but we should renounce the ability to hit land targets at long range.

The strategic weight of Australia and its ally the United States is diminishing in relative terms. The main reason is China, whose military rise will ensure that the US will cease to be the region’s hegemon. But for Australia, the rise of Indonesia is just as important, and it should play a major part in our thinking about long-range strike.

Hellyer explained the two forms of deterrence posited by the RAND Corporation’s Michael J. Mazarr. We can deter an adversary either by threatening to punish them or by making it too costly for them to achieve their military objective (deterrence by denial). Deterrence by punishment would probably require Australia to be able to strike targets on Chinese territory. But, as Hellyer points out, China would hardly believe that Australia would ever use such a capability because we know Beijing’s response would be far worse than anything we could dish out.

He’s right, but we can go even further than that. The political symbolism of military strikes on Chinese territory would be so dramatic as to almost guarantee escalation of the conflict by China. In turn, that gives China an incentive to neutralise those forces pre-emptively to avoid escalation. And because Australia would be aware of those incentives, we in turn would have reason to pre-empt the pre-emption, based on the logic that we need to ‘use it or lose it’.

Competing with China in ‘punishment’ forces would therefore just generate instability and uncertainty in a crisis. That’s why Hellyer’s suggestion that Australia acquire a strike capability with a range of up to 4,000 kilometres is problematic, even in pursuit of a deterrence-by-denial strategy. Just having such capabilities creates ambiguity. Our declaratory policy could be one of deterrence by denial, but why would an adversary take Australia at its word? We could use our long-range strike forces to hit an airfield, but we could just as easily target a dam or a nuclear power station, or a leadership headquarters.

The obvious response is that if we limit ourselves to 4,000 kilometres, Chinese territory remains out of range. That in itself will signal that we’re not in the business of punishing China with strikes on political or economic targets. However, China’s artificial islands in the South China Sea are within that range limit. We may say this is not Chinese territory, but Beijing clearly disagrees. So even if we restrict the range of strike forces to 4,000 kilometres, the credibility problem remains, as do the risks of pre-emption and crisis instability.

Moreover, a 4,000-kilometre range limit would be more than enough to hit Indonesia. In an earlier post on The Interpreter, I explained why it was so important to keep Jakarta in mind in our thinking about long-range strike. When Indonesia was weak, Australia could invest in long-range strike platforms such as the F-111 safe in the knowledge that Jakarta wouldn’t respond. But Indonesia will be a great power by the middle of this century, big enough to contemplate long-range strike forces of its own.

Our objective should be to never present a threat to Jakarta which would require such a response. We tend to assume that no one could ever regard Australia as threatening, but there remains real distrust in Jakarta about our military objectives and capabilities. We may regard those fears as fanciful, but we clearly haven’t convinced Indonesians on that point. Our long-range amphibious capabilities don’t help matters; if we were able to hit land targets anywhere on the Indonesian archipelago, it would make things even worse.

Our defence strategy and force structure should signal benign intent towards Indonesia. But that’s the bare minimum. At best, we should try to achieve a relationship based on a shared strategic objective of ensuring that China never becomes the dominant maritime power in Southeast Asia. A long-range strike capability might be useful for such a shared objective, but we should only acquire it with Indonesia’s implicit consent, and preferably its cooperation. We’re nowhere near that point yet, and developing such capabilities before the diplomatic groundwork is laid could make things worse for Australia.

It’s not even clear that having the ability to strike land targets at long distance would be particularly important for Australia. Neutralising air bases in the South China Sea would be a difficult job, even for the US. We would be better advised to improve our defence force’s resilience against strikes from such bases. The amount of military power that could be projected from such distances towards Australia would be limited anyway.

We also have other options to degrade such facilities that don’t rely on direct attack against land targets. All of these distant islands need to be resupplied by sea, and that makes them vulnerable to Australia’s submarines. This would take longer to have a strategic effect, because the facilities are probably self-sufficient for weeks, but it’s less destabilising because the adversary will know that our submarines are purely focused on anti-ship missions, with no capability to hit land targets (to make this signal credible, we would need to deny ourselves the option of arming our submarines with land-attack missiles).

In defence terms, geography still favours Australia, but geoeconomics does not. The rise of China and Indonesia compels us toward a defensive approach, an ‘echidna strategy’, if you will, which is unthreatening to others but which can hurt them if they get too close. Our defence strategy should signal benign strength, an ability to hold off an adversary but otherwise with no ambitions—and no means—to use military power for coercion. If there is a compelling reason to do more than that, it should only be done with Jakarta’s consent, and preferably with its help.

Sam Roggeveen is director of the international security program at the Lowy Institute.