Australia's Coronavirus Stimulus Plan: How It Will Work 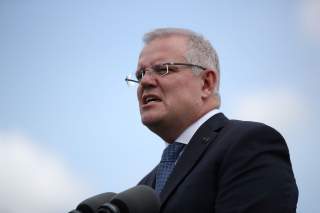 A payment of $750 will be made from the end of this month to about 6.5 million people as part of the government’s $17.6 billion stimulus package aimed at keeping Australia out of a recession caused by the impact of the coronavirus.

The one-off tax free payment will go to pensioners and others who receive income support, including those who get the family tax benefit - with pensioners numbering about half the beneficiaries.

The payment will cost $4.8 billion, and go out from March 31. Almost all payments are expected to be made by the middle of April, in an attempt to boost spending for the vital June quarter, which will be hit hard by the fallout from the virus.

Putting cash in the hands of lower income earners is considered the fastest way to stimulate the economy, because they are most likely to spend it – although the health scare makes it trickier to predict how much people could save.

The wide-ranging package is skewed to helping small and medium sized businesses, with the government’s priority being to keep people in jobs. Three out of four dollars will be spent on initiatives to assist business.

These include payments of up to $25,000 for small and medium-sized enterprises (costing $6.7 billion), wage subsidies to support apprentices ($1.3 billion), a widening of the instant asset write off ($700 million), and the acceleration of depreciation deductions ($3.2 billion).

A $1 billion fund will be directed to help for severely-affected regions and communities. This will include measures such as the waiver of fees and charges for tourism businesses that operate in the Great Barrier Reef Marine Park and Commonwealth National Parks. There will also be assistance for businesses to identify alternative export markets and supply chains.

To help people who need to access government sickness payments or are thrown out of work and require unemployment benefits, waiting times will be waived.

Scott Morrison highlighted the availability of the existing Commonwealth sickness payment, saying a casual employee who for medical reasons had to self-isolate, or who contracted the virus, and was unable to work, could access it.

Notably, the package does not contain anything for the tertiary education sector, despite it being severely affected by the travel ban on non-Australians from China, which sees tens of thousands of students stranded offshore. The government believes the universities generally have strong enough balance sheets to meet the situation.

The package will amount to 1.2% of GDP. Treasurer Josh Frydenberg said Treasury estimated the measures will add 1.5% to growth in the June quarter. Some $11 billion will go out before the end of June. The duration of measures is limited.

But Treasury has not yet been able to estimate the likely impact of the virus in the June quarter so, with the March quarter expected to be negative, it is unknown whether the economy will experience two quarters of negative growth, which would put it into recession.

The government now acknowledges the budget will be in deficit for this financial year. Finance Minister Mathias Cormann was blunt. “When you deliver a stimulus package of this size, I think people can add up the numbers. They can add up what it means in terms of the budget surplus. … This is not going to be a surplus year in 2019-20,” he told the ABC.

The package comes as the World Health Organisation declared the coronavirus a pandemic - something the Australian government had anticipated a fortnight ago - and the United States banned travellers arriving from Europe for the next 30 days.

The package has marked similarities to the Rudd government’s $10 billion first tranche stimulus in the global financial crisis, notably with its “cash splash” elements, although it is more targeted to business.

The prime minister will make an “address to the nation” at 7pm on Thursday.

The Australian Industry Group said the stimulus measures “will reduce the risk of a more severe downturn and the much worse budget outcome that it would bring”.