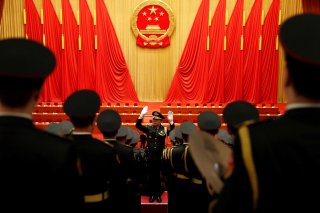 The 2017 National Security Strategy (NSS) and 2018 National Defense Strategy (NDS) were transformative because they rebalanced the primary security focus away from countering extremist groups, and towards the challenges presented by near-peer competitors and revisionist regimes. Both documents depicted an international landscape that was increasingly complex and competitive. This was a major departure from previous strategies, which referred to competitiveness in passing, and predominately in an economic context.

Although both strategies were right about the competitive environment, allowing “great-power competition” with Russia and China to dominate the discourse was too narrowly focused and shortsighted, focusing excessively on high-end capabilities while denying the United States the framework for competing with and leading through its influence and other tools short of armed conflict. Even more problematic, the lack of a clear definition for “competition” has complicated efforts to sustain unified action across the U.S. Government, and with allies and partners, to compete against shared challenges.

There is no need to formally define “great-power competition” at this stage. “Competition” is important to finally define, but it is even more critical to ensure that the U.S. Government becomes more strategic in its approach. Something that properly articulates the state of the international condition, and the United States’ approach to it, is essential.

So let’s ditch “great-power competition,” call the framing idea “strategic competition”—as it is referred to by the NDS—and unpack the implications of the term.

“Strategic competition” is already circulating in national security lexicon. “Competition” implies that the United States is in pursuit of, or defending, interests and objectives that are incompatible with, or contested by, another actor in the international system—whether a near-peer state, rogue regime, or non-state actors. The objectives of this competition could be physical—materials, natural resources, preferential economic conditions—or the influence, credibility, and legitimacy needed to shape global norms and conditions.

“Strategic” affords the perspective necessary to realize that the competition at hand is a continuous struggle with no quick victories; requires creative and dynamic blending of all levers of government power; and should include a deliberate approach in coordination with like-minded allies and partners. Importantly, “strategic” also shows what the competition is not: “tactical,” “hypertransactional,” or focused only on near-term events detached from a longer-term endgame. This is not “policy by CONOP [concept of operations]” resulting from a lack of clear policy guidance.

“Strategic competition” may sound similar to the famed “political warfare” of the early Cold War years. Maybe it is. The shift from “great-power” to “strategic” is important for several reasons, but most prominent is that, similar to the Cold War, the competition was not strictly focused on power—or, at least, the physical (i.e. military) manifestation of it directly against an adversary—but instead, on securing influence and shaping conditions before hostilities ever occur.

Then, as now, the contest is systemic, spans more than an isolated point of contention, and will require resilience to endure setbacks and overcome obstacles. While current strategy may paint the contest as one among “great-powers,” doing so could limit buy-in among partners and allies. This would be to Washington’s detriment, as many U.S. partners and allies see an increasing need to compete on the global stage—not just for superpowers to “do what they can” without regard for partners, allies, and other actors in the international system.

A strategic bend also widens the aperture of where the United States should focus geographically and broadens the sphere of competition. Instead of investing disproportionately in military platforms that may win a catastrophic high-end war in the Indo-Pacific, a more strategic outlook may instead deter aggression while also emphasizing military and non-military investments that bolster American influence in Southeast Asia, sub-Saharan Africa, and South America, where the contest is intense and underway. The United States was able to prioritize in this way during the Cold War, but “great-power” risks oversimplifying how to prioritize today, falsely conflating investment in high-end military capabilities or deterrence as the only option the United States has “left of bang.”

In a similar way, emphasizing “competition” instead of wholly embracing “political warfare” calls attention to the significant non-military (non-warfare) role of competition short of armed conflict. The contest for influence, legitimacy, and credibility on the international stage happens without any declaration of war being contemplated, which the COVID-19 pandemic has made clear. Excessive focus on “great-power” or “warfare” risks neglect of the “competition” in favor of looking ahead to assumed “conflict”—and intentionally or unintentionally assuming that efforts to compete would fail.

Defining the approach as “strategic competition” does not immediately create strategy in itself. Getting the term right may allow all departments and agencies to better understand how policymakers perceive the international condition (competitive), shape their approach to that condition (strategic—i.e., not tactical or transactional), and align their resources and authorities to meaningfully move towards defined strategic aims.

If such a definition emerged for “strategic competition” and was accepted, this might allow for the more concerted and deliberate application of specific government tools to proactively achieve discrete effects in competition, and not merely react to events or provide options in response to shifting sands on the competitive landscape.

Kevin Bilms is a Department of Defense civilian serving as the Irregular Warfare team chief in the Office of the Assistant Secretary of Defense for Special Operations & Low-Intensity Conflict. He most recently served as the Senior Policy Advisor for Counterterrorism and Transnational Threats at the National Security Council.

The views expressed belong to the author and do not reflect the official position of the Department of Defense or the United States Government.