Back in 2015, Iran Staged a Massive Mock Attack on a U.S. Aircraft Carrier 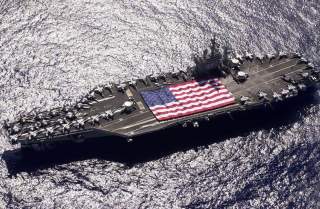