Back in 2017, 2 Russian Nuclear Submarines 'Fired' Torpedoes at Each Other 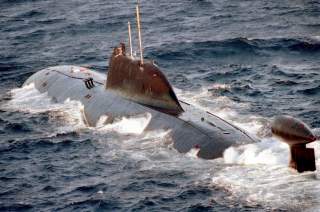 US Army's New Ground-Launched Missile: Raining Down Death from 500 Kilometers Away