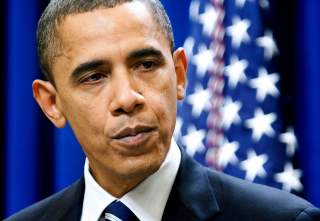 Recently the Wall Street Journal reported on the declining share of jobless people collecting unemployment insurance (UI) benefit checks. That is expected in a strong economy when voluntary job switching rises, as UI checks are reserved for those who are laid off. But the drop is greater than today’s low unemployment rates would predict, and some observers point to state changes curtailing UI benefits as a factor. They’re probably right. But the more interesting story is why states made those changes, especially reducing maximum weeks of UI checks. The answer includes federal stimulus laws that ironically sought to increase UI benefit payouts a decade ago.

Created in the New Deal of the 1930s, UI is a complicated mix of state and federal taxes and benefits. Each state collects payroll taxes to cover the cost of state UI checks. Benefit levels are set by states and related to prior earnings. UI checks are paid weekly — generally for up to 26 weeks before the Great Recession of 2007-09. In recessions the federal government typically pays for “extended” UI checks for people who exhaust state benefits without finding work. Following the Great Recession, the federal government paid for a record 73 weeks of such extended benefits in states with the highest unemployment rates.

States build up their UI trust funds during good times to cover rising UI claims in recessions. UI tax revenues also eventually start rising after recessions since taxes are experience rated — the more people an employer lays off, the higher their tax rate becomes. But that revenue often takes years to roll in. In the meantime, state trust funds can drain, requiring them to raise taxes immediately, reduce benefits (either by cutting the dollar value of checks or the number of weeks of checks), or borrow from the federal government to make good on benefit promises.

The difference in the Great Recession was federal policy effectively prevented states from cutting the dollar value of checks to maintain program solvency, due to an obscure policy called the “nonreduction rule.” That rule first applied to “federal additional compensation” (FAC), a $25 per week supplement to UI checks that began under the 2009 stimulus law. After FAC expired in late 2010, the rule applied federal extended benefits payable under the EUC08 program. Federal policy then held if states reduced the dollar value of UI checks, their residents would lose all federal extended benefits. But that left the option of states reducing the maximum weeks of state UI checks, which is what some states did.

As the nonpartisan Congressional Research Service summarizes, “In response to similar state UC financial stress following prior recessions, states have typically reduced the amount of (UI) benefits paid to individuals through reductions in the maximum benefit amount or through changes in the underlying benefit calculations. Prior to the expiration of EUC08, however, most states were temporarily prohibited from reducing (UI) benefit amounts through changes to benefit calculation and, therefore, acted to reduce (UI) benefit duration as an alternative means to decrease total (UI) benefit payments.”

That’s how what had been a standard of up to 26 weeks of UI checks fell to as few as 12 weeks in North Carolina and Florida today. In all, in the past decade 11 states reduced their maximum duration to fewer than 26 weeks – either temporarily, permanently, or depending on current unemployment rates. Figure 1 displays the sharp drop in recipiency rates where those reductions remained in effect in 2018, compared with pre-recession levels.

Source: Employment and Training Administration, US Department of Labor.

Note: Recipiency rate represents insured unemployment in regular state programs as a percentage of total unemployed. While Alabama and Illinois passed legislation reducing maximum benefit duration, they are not included in this figure as the prior maximum duration was restored in Illinois before 2018 and changes in Alabama will take effect in 2020.

As Figure 2 highlights, the average fall in recipiency rates in states that reduced UI durations (39.4 percent) is more than double the decline where UI durations stayed at 26 weeks (17.6 percent).

Source: Employment and Training Administration, US Department of Labor.

Thus the potential gain from claiming UI has been cut significantly in states home to about a quarter of the US population. Other measures — like improved efforts to help UI recipients return to work — played a role, too. But the data suggest a key factor in declining recipiency has been the lingering effects of stimulus policies enacted over a decade ago, which ironically were designed to increase UI payouts.

That should serve as a cautionary tale for policymakers in the future. Programs like UI reflect a complicated balance of state and federal interests, and most importantly those of citizens in need. Sometimes federal changes can have enduring effects few would have predicted when they were being crafted.

This by Matt Weidinger first appeared in 2019 on the AEI Ideas blog here.