In the Balkans, the EU Wants Associates, Not Members 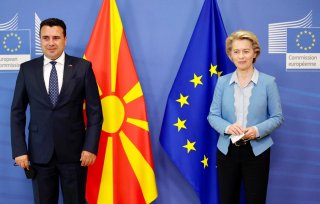 Though it need not be permanent, the above examples demonstrate that, when it comes to associate states, democracy takes a backseat to achieving tangible geopolitical gains. That may eventually change, and when it does, the EU will be able to deploy its extensive experience with the Balkans’ current autocrats to undermine them. But when and if this does occur, it will not be because of the wishes and choices of people that actually live in the Balkans.

Associate states, for good or ill, are defined by their limited choices and abilities. In the case of the Balkan states, any goals that they cannot achieve within the confines of the EU system as associates, realistically cannot be achieved at all. While the relative security of NATO might provide them with the approval they seek from their patrons, nothing of the kind could make their voice heard where they are not considered equal. Finally, having accepted their role, associate states would have no easy way of restoring relative independence. Absent major geopolitical shifts, the only way to leave the Western bloc would be defection—which, needless to say, carries grave risks of its own.

The primary challenge for associate states is not the pressure from great powers that they would inevitably face; it is the profound lack of options in searching out workable solutions that might impact the daily lives of their citizens. Countries like the Balkan states can and do live knowing there is a limit to what they can achieve—even at a regional level. Making peace with perpetual weakness, however, is an entirely other matter.