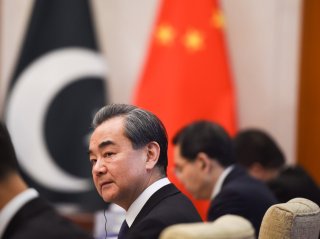 Due to years of policymaking blunders, sponsorship of terrorism, suppressing ethnic minorities’ human rights, and asymmetrical political-military relations, Pakistan is facing more challenges today than it can handle.

Pakistan’s woes are multi-fold. First, just six months after massive protests against China’s Belt and Road Initiative (BRI) in Balochistan, the region is again brimming with discontent. On the economic front, Islamabad is desperately courting friendly countries and looking to the International Monetary Fund (IMF) to rescue the country from a debt default. Meanwhile, recent attacks on Chinese workers and concerns over the slow progress of BRI-related projects have put foreign investment issues back in the news.

But why has this situation developed and what does it say about Pakistan? More importantly, how does this affect the Pakistan-China “all-weather” friendship?

Over the last decade, few international economic projects have been discussed as much as China’s BRI. It is widely viewed as a key component of China’s grand strategy for global hegemony and has been the centerpiece of President Xi Jinping’s foreign policy. The China-Pakistan Economic Corridor (CPEC) is BRI’s flagship project in Pakistan. It connects China’s Xinjiang region with the Gwadar port in Balochistan, Pakistan through a vast network of highways and railways.

Pakistan viewed the $52 billion CPEC project as an opportunity to promote economic development, create jobs, and fuel a geostrategic resurgence. While China aspires to expand its presence in the Indian Ocean through the Gwadar Port, Pakistan sees CPEC as a conduit for increasing connectivity with Central Asia and the broader Eurasian region.

However, all is not well with CPEC. The project has seen fierce resistance from several regions in Pakistan. The Gilgit-Baltistan region, the northernmost point where the BRI starts in Pakistan, is engulfed by fears of a possible deal to sell the area to China to repay Pakistan's debts. At the other end of CPEC, the southwestern Balochistan region has recently witnessed massive protests and violent attacks against Chinese nationals working on the project.

Bankruptcy on the Horizon

Pakistan's economy is worsening more every day. According to the IMF, Pakistan’s external debt was $90 billion in April 2021, 27 percent of which was owed to China. By December, the chairman of Pakistan’s Federal Board of Revenue declared Pakistan bankrupt and urged the country to understand this reality instead of living under an illusion. The situation has only worsened since then.

Per recent estimates by the Pakistani finance minister, the country needs at least $41 billion over the next twelve months to maintain its foreign exchange reserves and finance debt repayments. As a result, Pakistan is now looking to friendly countries, such as Saudi Arabia and Kuwait, for loans and investments. This situation has again brought the role of CPEC under scrutiny. According to recent reports, the IMF suspects that independent Chinese power producers might have been overcharging Pakistan and suggested that there is a need for Pakistan to reassess the CPEC deal.

The Battle in Balochistan

The Gwadar Port in Balochistan is considered the crown jewel of the BRI. However, the ethnic Baloch population has long resisted the project. They allege that the project has not improved the region’s dire situation and that the central government and Chinese companies are exploiting Balochistan’s natural resources for their benefit.

Moreover, while Islamabad promised improved public infrastructure and employment opportunities for Balochis, there are hardly any on-the-ground developments related to these assurances. Moreover, under the guise of maintaining security, the project has increased the army’s involvement in Balochi life.

Rising anger over the project became clear last August after a suicide bombing carried out by the Balochistan Liberation Army targeted a vehicle carrying Chinese nationals. The attack resulted in the death of two children and wounded three others.

Two months later, massive protests erupted in Gwadar and were joined by residents from the cities of Ormara and Pasni. They demanded the removal of unnecessary checkpoints, a halt to illegal trawling by Chinese fishermen, and rectifying water and electricity shortages. The movement named Gwadar ko Haq Do (Give Gwadar its rights) witnessed participation by thousands of men, women, and children.

While Pakistan rarely heeds Balochistan’s concerns, sensing rising trouble for CPEC, Beijing pressured Islamabad to give in to some of the protestor’s demands. In the following weeks, several media reports highlighted that the requests had been accepted and worked upon. But the situation has hardly changed.

This past April, a massive rally held in Pakistan’s Sindh province chanted anti-government slogans and opposed CPEC. The protestors voiced that the historical Sindhi and Baloch nations are being forcibly enslaved in the name of Pakistan. Baloch human rights activists alleged that Pakistani security agencies are behind the disappearances and genocide of the Baloch people. In late April, a female suicide bomber in Karachi killed three Chinese nationals and their Pakistani driver.

What Lies Ahead for Pakistan-China Relations?

Several February reports highlighted that increasing international isolation and economic woes had forced Pakistani officials to consider scrapping CPEC if the United States offered a similar deal. On the other hand, China is also coming to terms with the bitter outcome of placing bets on Pakistan. Since work on CPEC began, Beijing has witnessed more disruptions and opposition in Pakistan, politically, socially, and geopolitically, than in any other country involved in the BRI. Today, both sides are increasingly frustrated due to slow progress and growing financial dilemmas. As a result, Pakistan is testing China's “deep pockets” and the limits of the “all-weather friendship.”

In a telling instance, Pakistan recently commented that “it would like to have a “result-oriented” dialogue with India, but that the conditions for a rapprochement were not conducive. For years, China and Pakistan ignored India’s territorial concerns as CPEC’s infrastructure plans pass through Pakistan-occupied Kashmir.

The two neighbors work to systematically disturb peace in the Kashmir Valley to divert attention from their battles in regions like Balochistan, Gilgit-Baltistan, and Xinjiang. Faced with mounting challenges, it remains unclear whether Islamabad and Beijing will reassess their policies and intentions.