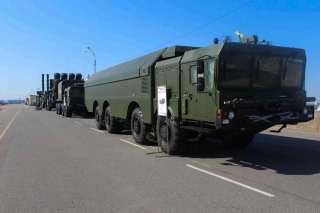 Key point: The Bastion and Bal really constitute only the final line of defense in Russian maritime strategy, and are not part of some A2/AD master plan to shut down access to large swathes of water.

Sébastien Roblin writes on the technical, historical and political aspects of international security and conflict for publications including The National Interest, NBC News, Forbes.com and War is Boring. He holds a Master’s degree from Georgetown University and served with the Peace Corps in China. You can follow his articles on Twitter. This first appeared in 2019 and is being reposted due to reader interest.