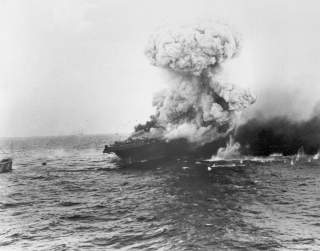 Key point: America’s first fleet carrier had fallen fighting precisely the kind of battle it had spent over a decade developing tactics for.