Battleships' of 2020: What Does A Crewless Warship Look Like? 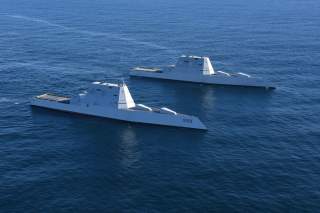 considerations associated with crew,” according to DARPA. “NOMARS focuses on exploring novel approaches to the design of the seaframe (the ship without mission systems) while accommodating representative payload size, weight, and power.”