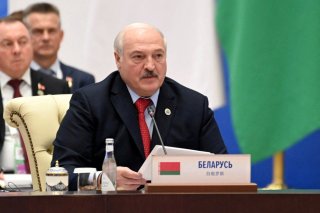 President Alexander Lukashenko of Belarus claimed on Thursday that he regarded a proposed agreement between Poland and the United States on the deployment of nuclear weapons to NATO’s eastern flank as a grave danger and vowed to take equal measures, likely meaning the deployment of Russian warheads in Belarus.

“[Polish president] Andrzej Duda said yesterday that they’ve already agreed with the Americans to host the [nuclear] arsenal in Poland,” Lukashenko said in an interview with Belarus’ STV television channel. “What does that tell us? That we really face an attack with tactical nuclear weapons.”

Lukashenko’s comments come after Polish leaders, including Duda, announced that they intended to participate in a nuclear-sharing agreement with the United States. In remarks to Poland’s Gazeta Polska newspaper, the Polish leader claimed that discussions between the two countries’ officials were ongoing and that “the issue remains open” and had not been decided one way or the other.

However, a White House spokesman later told the Guardian that the Biden administration was “not aware of this issue being raised” and referred the paper to the Polish government for elaboration. State Department spokesman Vedant Patel went a step further, claiming in a press briefing on Thursday afternoon that “the United States has no plans to deploy a nuclear weapon on NATO member territory that had joined NATO post-1997,” including Poland, the Baltic states, and other former Eastern Bloc nations in southeastern Europe.

Despite these assurances, Lukashenko claimed that Minsk would take “appropriate measures” to ensure that Belarus’ security was maintained—a likely reference to an earlier proposal for Belarus to station Russian nuclear missiles within Belarusian territory.

Although the U.S. government has not expanded its nuclear arsenal in Europe in recent years, it has continued to station its missiles in Belgium, Germany, Italy, the Netherlands, and Turkey under pre-existing nuclear-sharing agreements. In December 2021, as Russian troops gathered on the Ukrainian border in preparation for the country’s invasion in February, Russian foreign minister Sergey Lavrov asked the United States to withdraw its nuclear weapons from these countries, but Washington refused.

Belarus is broadly aligned with Russia in its foreign policy, and Russian troops invaded Ukraine from its northern border with Belarus. The Belarusian government was also one of five states to vote against a UN resolution condemning Russia for its invasion, alongside Russia, Syria, Eritrea, and North Korea.

Despite this alignment, Lukashenko has refused to directly take part in the invasion, owing at least partly to concerns regarding the Belarusian military’s willingness to fight.