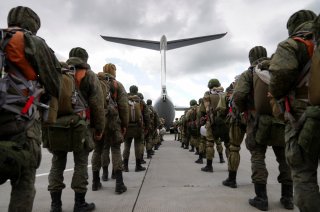 The “Belarusian Cyber-Partisans,” a group of pro-democracy dissidents within Belarus, announced on Monday that they had launched a successful cyberattack against the country’s state-owned railway company.

The hack was carried out to protest Belarusian president Alexander Lukashenko’s decision to host joint military exercises between Belarus and Russia, according to the group. The group said that the cyberattack was meant to disrupt the transportation of Russian troops and heavy equipment on the railway.

“At the command of the terrorist Lukashenko, #Belarusian Railway allows the occupying troops to enter our land,” the group wrote. The group claimed that it had taken a trove of internal government documents, a number of which were posted on its Twitter page.

They also claimed to have put “encryption keys” on the servers that prevent them from being accessed without an authorization code. The tactics used in this “ransomware” attack resemble those used in the attack on the Colonial Pipeline in the United States last year.

In lieu of a ransom, however, the group demanded the departure of Russian troops and the release of “the fifty political prisoners who are most in need of medical assistance.”

The group said that it had intentionally left “automation and security systems” intact to avoid any potential safety hazards.

The cyberattack does not appear to have significantly disrupted the upcoming military exercises between Russia and Belarus. The exercise will include thousands of Russian troops, twelve Su-35 fighter aircraft, two S-400 missile defense systems, and a Pantsir-S air defense system, according to the Washington Post.

Hours after the Cyber-Partisans announced the attack, Belarus Railways issued a statement acknowledging that their services had been disrupted. “Work is underway to restore the operability of the systems,” the statement read. Although the rail system’s website was briefly taken offline, it was restored later on Monday night.

The Cyber-Partisans have remained active in Belarus since the onset of protests against Lukashenko in mid-2020. Protests initially broke out after Lukashenko claimed victory in an election that most international observers considered rigged. The protests continued for nearly a year before subsiding in mid-2021 amid a government crackdown.