Bernie Sanders: A Loser and a Winner All at the Same Time? 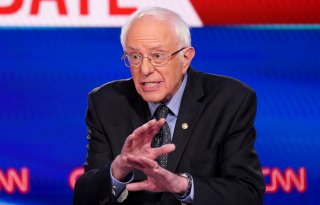 Today Senator Bernie Sanders of Vermont suspended his campaign for president, making former Vice President Joe Biden the Democratic Party’s presumptive 2020 nominee. This represents the conclusion of Sanders’ aspiration for national office and one step forward in his leadership of the progressive movement in the United States.

A lifelong political activist and politician, the Brooklyn-born Sanders represented his adopted state of Vermont in both houses of Congress for thirty years. As a political independent who caucused with the Democratic Party out of expediency, Sanders never budged from his self-described democratic socialist beliefs he had held since his college days.

Five years ago, when the presumption of former Secretary of State Hillary Clinton’s eventual nomination had cleared the 2016 presidential field, Sanders announced a longshot bid for the Oval Office. Despite entering with little name recognition against one of the most well-known politicians in America, Sanders’ campaign caught fire. While Clinton still clinched the Democratic nomination, Sanders had won 43% of the popular vote along with victories in twenty-three states.

From 2016 to 2019, Sanders worked to expand his coalition, specifically among minorities whose votes proved decisive for Clinton. Beginning his second presidential bid last year, Sanders had what he didn’t have in 2016: a national campaign structure, a war chest funded by grassroots donors, and a more diverse voting base. Even many of his pet issues, originally seen as too far left in 2016, had become acceptable party platform planks, including a $15 minimum wage, Medicare for All, and student debt forgiveness.

As glitzier and media-favorite competitors fell by the wayside before voting started, Sanders remained near the top of the horserace, the largest in Democratic history. By January he was beginning to peak, and after tying in Iowa, marched to twin victories in New Hampshire and Nevada.

At the end of February, however, his momentum hit a wall. Former Vice President Joe Biden, who had been the frontrunner for all of 2019 before stumbling in the early primaries, rocketed back with a vengeance with a landslide victory in South Carolina. This was wholly due to black voters, who supported Barack Obama’s running mate on mass. While he remained competitive among Hispanics and leads into the black community Sanders had accomplished over the past four years dissipated.

By Super Tuesday at the start of March, Biden had consolidated a majority of the electorate using a coalition of black voters and suburbanites and won ten out of fourteen states. Sanders’ sudden collapse of support, especially compared to four years prior, was due to three causes. First, Biden proved to be a less polarizing figure than Hillary Clinton, and it raises questions about how much Sanders’ performance in 2016 was nothing more than an anti-Hillary vote. Second, despite more people adopting progressive policy prescriptions over the past four years, polls consistently showed that Democratic voters biggest single issue was defeating President Donald Trump in November. It was a Biden, not Sanders, who touted the argument about this own electability. And third, Sanders had gambled the future of his campaign on the potential of unprecedented youth turnout. Despite sometimes receiving a majority of support among people under the age of 35, it was senior citizens who showed up at the polls, and Sanders’ “revolution” never appeared.

In his address to supporters, Sanders said that “over the course of the past five years, our movement has won the ideological struggle” and had “taken this country a major step forward in the never-ending struggle for economic justice, social justice, racial justice, and environmental justice.”

“I can’t imagine that any candidate has ever been blessed with as strong or a more dedicated group of people, who have taken our message to every part of this country,” the senator said, grateful for the loyalty he had received. At seventy-eight, this is likely to be his final presidential campaign.

Despite having to give up any chance at the presidency, Bernie Sanders remains the unquestioned political leader of the growing progressive movement in the United States and is expected to fill the role for many more years to come.