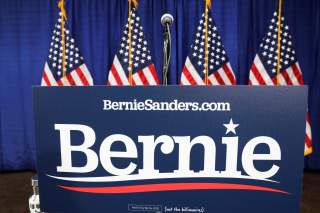 Another primary day, another romp for Joe Biden.

His campaign, left listless and gasping for breath only three weeks ago, is now well on its way to claiming the Democratic Party’s presidential nomination. Never before in American political history has a presidential candidate had such a sporadic, almost unexplainable rise from the ashes as the former vice president has had in this election cycle.

Michigan, a Midwestern state Bernie Sanders needed in his column in order to keep his campaign from going underwater, was Biden-land. By the time the night was over, Biden took Michigan in a blowout, as if Sanders was just a nuisance. With a 15-percentage point victory, Biden won 66% of African American voters, 51% of whites, 66.5% of voters over the age of 45, and 62% of Democrats who would rather have a nominee who could defeat President Donald Trump than one who was on the same wavelength in terms of policy. Biden won the suburbs of Detroit in far larger numbers than Hillary Clinton four years prior, and in fact claimed every single county in the state. Bernie Sanders’s 2016 magic in Michigan was relegated to a fluke.

Missouri wasn’t much different than Michigan. Biden’s 25-percentage point win over Sanders encompassed a majority of whites and a very hefty majority of African Americans. 70% of Missouri Democrats whose first priority is defeating Trump in November decided that Joe Biden was their safest bet, seeing in the two-term veep a candidate that could bring African Americans to the polls, grab the support of suburbanites, and steal a good portion of blue-collar workers from Trump’s orbit. Even Washington State, which went for Sanders in 2016 by 40 points, was a winner for the Biden campaign; sure, Biden still technically lost the state, but he split the delegate count.

If you would have told me last spring that the Democratic presidential primary would be settled by the middle of March, I would have laughed at you and called you crazy. But here we are, an original field of 20 candidates duking it out for the title trickling down to a safe, middle-of-the-road septuagenarian who has been in politics for half a century.

All of which is to say that the real contest is only just beginning. The race between Joe Biden and Donald Trump is going to make the race between Biden and Sanders look like patty-cake. Americans know it. The Democratic Party knows it. And Biden himself certainly knows it, which is why he used his victory speech last night to reach out to Sanders’s more youthful supporters and practically beg them for their support.

Donald Trump is nothing but a feisty, talented campaigner. He is a master at stoking societal grievances for maximum political benefit, has an ability to captivate an audience with his two-hour long bromides about socialist Democrats trying to turn the United States into communist Cuba, and is an expert in painting his political opponents as dangerous and unpatriotic. It’s the same type of rhetoric that proved so effective in 2016, when Hillary Clinton—the quintessential illustration of a detached, upper class New Yorker—was the Democratic nominee. It may be far less effective on Joe Biden, who after all is commonly nicknamed “Middle Class Joe” and who has spent decades in the Senate and eight years as vice president reminding everybody who cares to listen that he is the boy from humble beginnings fighting tooth-and-nail for the working man and woman.

There are other things for Biden to worry about besides his policy record. Trump, who got himself impeached earlier last year after he was caught pushing the Ukrainian government to investigate Biden and his son, Hunter, for potential corruption and conflict of interest, is going to say “Burisma” a million times between now and Election Day. Republican senators, likely at the urging of Trump, are plunging full speed ahead into their own investigation of Hunter Biden and whether his lucrative business profits at the time had anything to do with his father sitting in the vice president’s chair. Last month, Sens. Ron Johnson and Chuck Grassley sent the Secret Service a letter requesting records on Hunter Biden’s travel and whether he received government-sponsored services when Joe Biden was in the White House. The House Homeland Security Committee is preparing to issue a subpoena to compel testimony from Andrii Telizhenko, a consultant for Blue Star Strategies, a firm that allegedly used Hunter Biden’s connection to his father in order to gain access to the White House.

Don’t put it past Trump to go below-the-belt either. The president has already suggested on numerous occasions that Joe Biden is losing his mind, doesn’t have the mental faculties to be president, and might not even know which office he’s running for. The Republican National Committee is lock, stock, and barrel behind the president in fanning these flames. And you can bet that Trump will go after Biden’s family in personal ways as well, perhaps by making fun of Hunter Biden for his personal struggles. This is all a bit contemptible, but for Trump, politics is bloodsport and everything is fair game.

Joe Biden recognizes what he has in store for the remainder of the year. The 2020 general election contest is going to be the ugliest on record, even uglier than it was in 2016. The United States is going to become even more divisive and tribalized when everything is over.

Fasten your seat belts because there may be a few swerves along the way.