Best of Both Worlds: Inside the Army's Plans for Autonomous Weapons 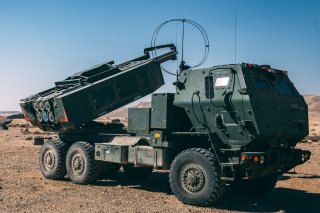 Upon initial examination, the prospect of a mobile, robotic missile launcher might cause some alarm, given that technology is evolving to the point where autonomous weapons systems have the ability to maneuver in combat while tracking, targeting, and even destroying an enemy without human intervention. However, the U.S. Army has been tracking these issues for many years to ensure that technological progress does not outpace military doctrine. The military doesn’t want to see a “Terminator” anytime soon.

Therefore, the Pentagon’s top priority in the realm of autonomous weapons is making sure that any and all decisions regarding the use of lethal force are left to humans. It is in this context that weapons developers continue to quickly advance autonomous systems within the manned-unmanned teaming and human-machine interface frameworks. The idea is to leverage and integrate the best attributes of both human cognition and machine-enabled autonomy to optimize combat effectiveness.

“The guidance that we've received from our most senior leaders is to use capabilities like artificial intelligence, or advanced robotics, to augment soldiers, not necessarily to replace them,”  Maj. Gen. John Rafferty, director of Army Futures Command’s Long Range Precision Fires Cross-Functional Team, told the National Interest in an interview.

Rafferty explained this in the context of a recent technological breakthrough at the Army’s Ground Vehicle System Center in which cutting-edge autonomy kits were integrated into a High Mobility Artillery Rocket System (HIMARS). The HIMARS has been a vital weapons system for the U.S. Army, as it provides the ability to both maneuver with mobile launchers and strike targets as far away as 300 miles. Linking a manned HIMARS to an unmanned HIMARS, Rafferty explained, brings a paradigm-changing combat multiplier.

“We're developing prototypes now for an autonomous launcher that will help thicken our force of the HIMARS rocket launcher fleet. The way we're developing that concept is absolutely a manned HIMARS accompanied by an unmanned HIMARS. The unmanned HIMARS helps to thicken the force and can help to reduce the risk … to the manned platforms and deliver more firepower,” Rafferty noted.

As algorithms advance, weapons developers hope to leverage the advantages AI-enabled machines and weapons systems offer for processing, analysis, and procedural tasks. Crucially, they will keep a human in a decision-making capacity. Through this approach, more subjective determinations pertaining to a host of less calculable variables can be left to the unique attributes of human decision-making, while sensing, targeting, and data organization and analysis can be done by machines. This synergy, Rafferty and other weapons developers explain, introduces an entirely new high-speed operational dynamic.

“We view the targeting process as a man-unmanned team. The commander starts out with his high payoff target list and his target selection standards—the degree of accuracy and fidelity and latency associated with the target information—and then the attack guidance matrix. If we find a target, what system do we use to attack it?  That's the manned portion,” Rafferty said.

There are undoubtedly things that machines can do exponentially faster than humans, but there are also key decision-making functions best handled by humans. Therefore, merging the two generates new levels of high-speed and accurate attack capabilities, shortening the “sensor-to-shooter” timeline. An unmanned HIMARS, for example, could surveil targets from a forward location while awaiting attack command specifics from a human decision-maker. This, as Rafferty explained, “thickens” the battlefield by adding range and firepower while also lowering the risk to human soldiers.

“We can use machines to follow rules and expedite much of the process, and get away from humans pushing buttons. By getting machines to follow those rules, we think we can do it accurately and obviously much more quickly in the targeting process. That's a way I can describe this man-unmanned team and this human-machine interface,” Rafferty said.