The Best Navy in Asia? That Big Honor Goes to Japan 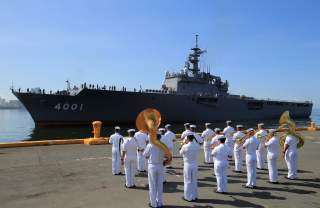