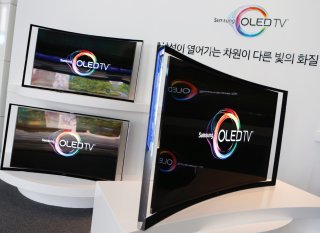 Samsung’s first-ever QD-OLED TV, the SB95, has arrived on the market, and reviews have begun to arrive as well.

In fact, the website RTINGS now ranks the SB95 as the best TV available, based on a review published Friday. It has overtaken LG’s new G2 OLED, on a list that in recent years has been dominated by LG OLED models.

In its review, RTINGS gives the Samsung model a “mixed usage” (overall) score of 9.1, which is higher than the 9.0 given to the G2 and C2, both 2022 OLED TVs from LG. That score rises to 9.4 for movies and video games. The next highest-ranking Samsung TV on the RTINGS list, 2021’s QN90A QLED TV, is currently ranked 15th.

“The Samsung S95B is a fantastic TV overall,” the review says. “Its self-emissive panel technology is superb for watching movies or gaming in a dark room. HDR content looks superb thanks to its high peak brightness and exceptional color gamut. It also has an exceptional viewing angle, so you can enjoy an accurate image from any angle, making it amazing for watching sports or TV shows.”

The “pros” listed by the side include what it calls a “near-infinite contrast ratio for perfect blacks,” that it automatically removes the 24p judder from any source, and “incredibly bright colors.” Listed cons include “aggressive ABL” that can get distracting, as well as “raised blacks if it's in a room with any ambient light.”

Another review of Samsung’s S95B appeared this month on Reviewed.com. The review described the TV as “a new era in picture quality.”

“The Samsung S95B (available at Samsung for $2,199.99) is the first of its kind: an OLED TV that also features quantum dots. And despite my initial skepticism, the takeaway is undeniable: this is one of the best TVs I’ve laid eyes on,” the review said.

The pros for the TV include that “QD-OLED is a game-changer,” that it is an excellent gaming TV, and offers a superb design. reviewed.com also listed the lack of Dolby Vision, and that it “might need to be calibrated.”

“The Samsung S95B is, in all likelihood, the beginning of a new era for high-end consumer televisions,” the review said. “There’s another quantum dot-equipped OLED TV on the way this year from Sony, but unless it outperforms Samsung’s efforts, the S95B is the frontrunner for the best TV of the year.”

While it now starts at over $2,000, there are indications that Samsung’s QD-OLED models will come down in price before long, due to improvements in the manufacturing process.