Beyond Words: What Happened to the Dead at the Battle Gettysburg 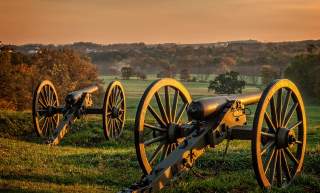 Key point: The Union may have won the battle, but it didn't feel like a victory.

The tide of slavery was already waning in the world at the time of the Civil War, and it is a virtual certainty that the wretched institution would have ended at some point in American history, even without Lincoln. But at what cost? How many more years or decades would have passed before freedom was won for black Americans? Those answers are impossible to answer, but one thing is certain. As much difficulty as the country has with race relations today, they are nothing in comparison to what we would still be facing had freedom not come until sometime in the twentieth century.