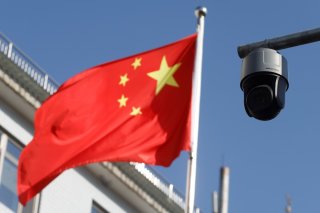 The Justice Department announced on Wednesday that it would terminate the “China Initiative,” a Trump-era national security program intended to combat the leaking of American intellectual property to China. Officials cited concerns that the program’s requirements fostered anti-Asian racism, alienated Chinese researchers, and complicated efforts to recruit Chinese scholars for programs in the United States.

Assistant Attorney General Matthew Olsen, who leads the Justice Department’s National Security Division, announced the move, acknowledging that the program had “fueled a narrative of intolerance and bias” during its operation.

“To many, the narrative suggests that the Justice Department treats people from China or of Chinese descent differently,” Olsen said, noting that concerns of anti-Asian racism had been heightened because of the ongoing pandemic and associated rise in anti-Asian hate crimes.

Olsen said that prosecuting academics for alleged legal violations had the potential to “lead to a chilling atmosphere for scientists and scholars that damages the scientific enterprise in this country.” He also said that an internal investigation by the Justice Department had not found “any indication of bias or prejudice in any of the decision-making I’ve seen.”

To replace the China Initiative, Olsen said that the Justice Department would continue to prosecute cases of suspected intellectual property theft, but would take a “broader” view of threats, including from Russia, Iran, and North Korea. Olsen emphasized that the threat of Chinese intellectual property theft, both through human intelligence gathering and cyberattacks, remained real.

“We will be relentless in defending our country from China,” Olsen said. “But our review convinced us that a new approach is needed to tackle the most severe threats from a range of hostile nation-states.”

Olsen highlighted the danger of cyberattacks from Russia, which conducted a series of denial-of-service against Ukrainian state institutions at the same time it invaded the country on Thursday morning. Fears that similar attacks might be used against the United States in the event of a future conflict have prompted the U.S. government to seek countermeasures.

“We know that Russia has got capabilities in those areas, so this is obviously a priority,” Olsen said.

“By starting with a focus on researchers and scientists who are ethnically Chinese, the ‘China Initiative’ not only engaged in blatant racial profiling, but also reinforced harmful stereotypes that Asian Americans are ‘perpetual others’ who cannot be trusted,” Chu said in a press release. “With only one conviction since its creation in 2018, the ‘China Initiative’ will be remembered not for any success at curbing espionage, but rather for ruining careers and discouraging many Asian Americans from pursuing careers in STEM fields out of fear that they too will be targeted.”

The China initiative’s lone conviction was that of Charles Lieber, a chemistry professor at Harvard University. He was convicted in late 2021 of lying to federal investigators about sources of research funding and filing false tax returns.

Lieber’s arrest was controversial, with several scientists arguing prior to his conviction that his prosecution was “unjust” and “misguided” and would have a negative effect on academic freedom in higher education.