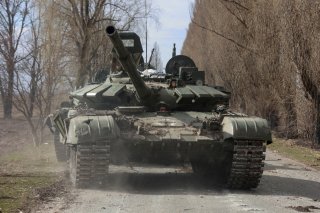 President Joe Biden has asked Congress for $33 billion in funding to support Ukraine amid Russia’s invasion, more than doubling the $14 billion authorized so far.

"We need this bill to support Ukraine in its fight for freedom," Biden told reporters at the White House on Thursday. Biden suggested that his spending proposal is part of a larger effort to rally sustained global support for Ukraine as the war drags on into its third month. "Our NATO allies, our EU partners, they're going to pay their fair share of the costs as well, but we have to do this. We have to do our part as well,” he said.

Biden reiterated the White House’s position that, despite the financial costs to finance the Ukrainian war effort, the moral and political costs of inaction are even greater. "The cost of this fight is not cheap, but caving to aggression is going to be more costly if we allow it to happen. We either back the Ukrainian people as they defend their country, or we stand by as the Russians continue their atrocities and aggression in Ukraine,” he said. The money is intended to last through September, the end of the fiscal year.

Administration officials told reporters that the $33 billion package contains $20.4 billion in military assistance, including $6 billion for the Ukraine Security Assistance Initiative and $4 billion for the State Department’s foreign military financing program. $8.5 billion will go toward direct economic assistance to Ukraine, with another $3 billion in humanitarian assistance and food security funding.

The administration’s spending package was accompanied by a proposal that would allow Washington to liquidate assets seized from Russian oligarchs and transfer the proceeds to the Ukrainian government. “This package of proposals will establish new authorities for the forfeiture of property linked to Russian kleptocracy, allow the government to use the proceeds to support Ukraine, and further strengthen related law enforcement tools,” the White House said in a fact sheet released on Thursday.

As highlighted by the Washington Post, officials can typically freeze, but not seize or liquidate, the assets of sanctioned individuals under current U.S. law. It is unclear what workarounds the White House will pursue to legally liquidate and transfer the assets in question.

There is widespread bipartisan support for increasing U.S. aid to Ukraine, but the devil is in the details for Biden’s supplemental request. Democratic and Republican sources told CNN that there are policy complications and issues pertaining to the mammoth proposal’s language that need to be worked out before it can be put to a vote. "There will be bicameral, bipartisan talks on the supplemental request. Language must also be drafted. It is also unresolved which Chamber will work to advance the supplemental first. This will not be an instant process,” a senior Democratic House aide told CNN.