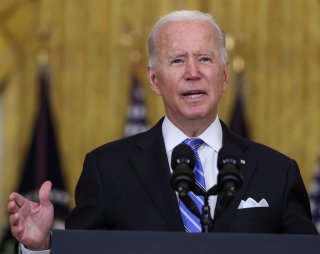 The Biden administration announced earlier in the week that it would launch a $6 billion effort to assist nuclear plants in danger of closing for financial reasons, claiming that the continued use of nuclear power was needed to help combat climate change, according to the Associated Press.

On Tuesday, the White House opened its “certification and bidding” process for a civil nuclear credit program established to provide funds to struggling nuclear power stations. The first round of bids was reserved for operating companies that have already announced their stations would be closed due to budget concerns. The $6 billion investment is the largest federal program targeted toward nuclear reactors in U.S. history.

“U.S. nuclear power plants contribute more than half of our carbon-free electricity,” Secretary of Energy Jennifer Granholm said in a statement. “President Biden is committed to keeping these plants active to reach our clean energy goals.”

“We’re using every tool available to get this country powered by clean energy by 2035,” Granholm continued, referring to the Biden administration’s goal of bringing the United States to zero carbon emissions in power generation by that year. “That includes prioritizing our existing nuclear fleet to allow for continued emissions-free electricity generation and economic stability for the communities leading this important work.”

When polled, most Americans are positive toward nuclear energy, which has the high fixed cost of building a nuclear reactor but one of the cheapest fuel costs. Aside from the environmental consequences of nuclear fuel extraction and storage, nuclear power is carbon-free, and unlike other green energy sources such as wind and solar, it can power an electric grid twenty-four hours per day.

Despite nuclear power’s popularity, around a dozen U.S. nuclear power reactors have closed since 2010, due in part to low electricity prices, maintenance costs, and growing competition from increasingly efficient solar, wind, and natural gas plants. In her statement, Granholm noted that the reactors’ closure had led to an increase in carbon emissions, environmental damage, decreases in air quality, and the loss of thousands of nuclear-related jobs.

Of the existing nuclear power plants in the United States, most were built between 1970 and 1990, which has caused growing maintenance costs as the plants age. At least seven currently operating reactors were scheduled to shut down by 2025 before the introduction of Biden’s program. Another twenty were slated to be closed prior to individual actions by the states they were in, according to the Nuclear Energy Institute.