Biden Leads Summit of the Americas 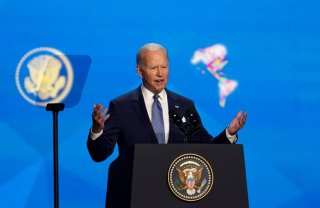 In his remarks at the Summit of the Americas in Los Angeles on Wednesday, President Joe Biden announced a new economic partnership, the American Partnership for Economic Prosperity (APEP), intended to strengthen financial ties between the United States and Latin America and counter China’s growing influence in the region.

Biden also emphasized ensuring that the countries’ trade policies would help to grow developing economies and mitigate the threat of climate change. The president underscored that the United States was “invest[ed] in making sure our trade is sustainable and responsible in creating supply chains that are more resilient, more secure, and more sustainable.”

Biden claimed that the APEP would “help economies grow from the bottom up and the middle out, not the top down,” emphasizing the need to facilitate organic economic growth and ensure the implementation of sound economic policy.

“What’s true in the United States is true in every country,” he added. “Trickle-down economics does not work.”

Another issue certain to be discussed at the meeting is immigration, which has been a recurring headache both in the United States and in some Latin American nations, particularly Colombia, where millions of Venezuelans have fled following unrest and food insecurity at home, and Mexico, which has dealt with a growing migration crisis from Central America and the Caribbean.

Biden vowed that the United States would “enforce [its] borders through innovative, coordinated action with our regional partners” and distinguished between lawful and unlawful immigration, which he characterized as “not acceptable.”

Twenty-one heads of state and government, including Biden, attended the meeting in Los Angeles, the first Summit of the Americas in the United States since the inaugural event in 1994. Several Latin American leaders—notably Raul Castro of Cuba, Daniel Ortega of Nicaragua, and Nicolas Maduro of Venezuela—were not invited. These omissions prompted others, including Mexican president Andres Manuel Lopez Obrador (AMLO), Guatemalan president Alejandro Giammattei, and Salvadorian president Nayib Bukele, to stay away in protest. Each of these absent leaders sent foreign ministers in their place.

Biden addressed the absences in his remarks, emphasizing that political disagreements were to be expected among American nations.

“Our region is large and diverse,” he said. “We don’t always agree on everything. But because we’re democracies, we work through our disagreements with mutual respect and dialogue.”