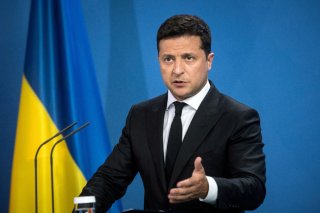 Biden said that the partnership between the United States and Ukraine would “become even stronger” in the coming years, based on the two nations’ “shared value system” and connections to western Europe. Zelensky thanked Biden for providing a $60 million aid package to Ukraine and pressed him to expand bilateral security cooperation between Ukraine and the United States.

The meeting on Wednesday comes as a political victory for Zelensky, who had attempted to secure an Oval Office visit since his 2019 election. In 2019, a telephone call to then-President Donald Trump for this purpose triggered a major political scandal in the United States, as Trump was implied to have asked Zelensky to hand over incriminating information about Hunter Biden, President Biden’s son, in return. The political fallout from the phone call led to Trump’s first impeachment, which was defeated in the Senate. As Zelensky refused to aid Trump, the matter was largely laid to rest after Trump’s controversial exit from power in January 2021.

Though Zelensky has faced some criticism over the slow process of Ukraine’s political and economic reforms under his term, and international observers have expressed concerns about several high-profile arrests in the country, the United States has continued to support Kiev. White House Press Secretary Jen Psaki announced the Ukrainian leader’s upcoming visit in July, saying that the meeting would “affirm the United States’ unwavering support for Ukraine’s sovereignty and territorial integrity in the face of Russia’s ongoing aggression in the Donbas and Crimea, our close cooperation on energy security, and our backing for President Zelenskyy’s efforts to tackle corruption and implement a reform agenda based on our shared democratic values.”

The meeting was originally slated to take place on Monday, August 30, but was pushed back as events in Afghanistan unfolded. Earlier in the week, Zelensky visited the Pentagon and met with Secretary of Defense Lloyd Austin.

Biden also expressed interest in visiting Ukraine, as he did several times in his capacity as Vice President during the presidency of Barack Obama. If Biden visits during his term, he will be the first president to visit the country since George W. Bush in 2008.