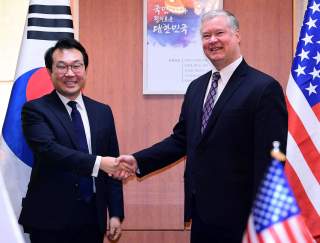 What Happened: U.S. Special Representative for North Korea Stephen Biegun will travel to South Korea on Dec. 15 for a three-day visit, South Korea's Foreign Ministry confirmed Dec. 13. However, Seoul didn't confirm whether Biegun would visit the Demilitarized Zone during his trip.

Why It Matters: Biegun's visit to South Korea opens up the slight possibility of reaching an understanding with North Korea that would pave the way for the continuation of talks to avert a breakdown.

Background: In April, the North Korean government announced a year-end deadline for progress in talks with the United States and called on Washington to offer more significant concessions to avoid a breakdown in talks.

South Korea, U.S.: Seoul Confirms U.S. Envoy Will Visit on Dec. 15 is republished with the permission of Stratfor Worldview, a geopolitical intelligence and advisory firm.