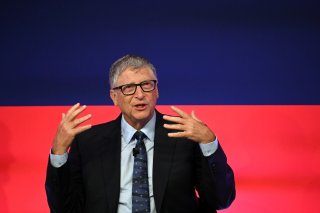 Microsoft co-founder Bill Gates has asserted that he believes cryptocurrencies and non-fungible tokens (NFTs) are “100 percent” based on the greater fool theory—referencing the notion that investors can make money on worthless or overvalued assets as long as people are willing to bid higher.

Both are “100 percent based on the greater fool theory that somebody's gonna pay more for it than I do,” the sixty-six-year-old billionaire said Tuesday during a TechCrunch talk, adding that he’s currently “not long or short” crypto.

“I’m used to asset classes ... like a farm where they have output, or like a company where they make products,” he continued.

In an interview with Bloomberg last year, Gates contended that the average investor should avoid following Elon Musk’s lead in investing in bitcoin.

“I do think people get bought into these manias, who may not have as much money to spare,” he said. “So I’m not bullish on bitcoin.”

Gates’ comments come as bitcoin and other cryptocurrencies have plummeted in value in recent weeks. Bitcoin has already lost more than 50 percent of its value this year and is now hovering around $21,000 per coin. In addition, Coinbase, the largest cryptocurrency exchange in the United States by trading volume, confirmed Tuesday that it would lay off nearly 20 percent of its workforce, citing a recession that “could lead to another crypto winter, and could last for an extended period.”

Given this backdrop, is it a good time to put money to work with these highly volatile assets?

“The first thing I tell people is that crypto is probably eight times as volatile as the market,” certified financial planner Ivory Johnson, founder of Delancey Wealth Management in Washington, D.C., told the business news outlet.

“This wouldn’t be a good entry point now,” he continued, adding that the one exception would be investors who have long time horizons and are dollar-cost averaging into the asset.

However, per CNN Business, there are leaders in the industry who don’t appear to be too worried about cryptocurrencies’ recent price action.

“I really disagree with the folks who say there’s no way to recover from something like this,” Jason Yanowitz, co-founder of Blockworks, a research platform for crypto investors, executives, and builders, told the news outlet.

“I think people look at crypto and think it’s weird or that it’s not real. If you don’t think crypto is real you probably think it’s overvalued,” he continued.

Ethen Kim Lieser is a Washington state-based Finance and Tech Editor who has held posts at Google, The Korea Herald, Lincoln Journal Star, AsianWeek, and Arirang TV. Follow or contact him on LinkedIn