Billionaires Are Being Blames For America's Woes, But Do They Deserve Credit For Its Successes? 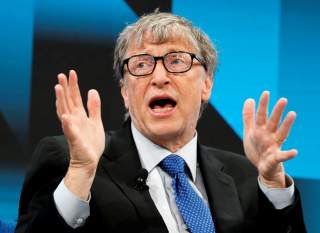 The “billionaire effect” isn’t how the mere existence of the super-rich seems to cause great alarm in some people. Well, it isn’t just that, obviously. UBS defines the “billionaire effect” as how entrepreneur-led businesses “have tended to outperform others financially” due to “long-term vision, smart risk taking, business focus, and determination.”

UBS analysis of more than 2,000 global billionaires finds that over the past 15 years, billionaire-controlled companies returned almost twice the annualized average performance of the market and generated a 50 percent higher return on equity. Moreover, while the billionaire effect is seen globally, the effect was strongest in the United States.

Well, good for them, right? But also good for the users of the products and services sold by those companies, not to mention their investors and workers. UBS describes the ability of these billionaires “to transform entire industries, to create large numbers of well-paid jobs, and to rally the world to find cures for diseases such as malaria.”

Why point this out? One reason is because some critics argue the mere existence of billionaires, at least in the US, as prima facie evidence of deep dysfunction in American public policy. Yet, as my colleague Michael Strain argues in a recent podcast chat with me, “It is very difficult to argue that the world would be better off if we didn’t have Jeff Bezos and Bill Gates. And we should want there to be more of them, but you’re not going to have them if people can’t amass significant amounts of wealth.” (The rise of the superrich, a 2018 Credit Suisse global wealth report notes, “is often seen as a sign of a country’s economic health and its ability to generate opportunities for wealth creation.”)

Of course, every billionaire isn’t a superentrepreneur. Plenty of these folks are, as the Financial Times puts it, “heirs and heiresses to fortunes, and oligarchs who seized their wealth.”

But the FT also points out that “the world’s billionaire super league is more meritocratic than in past decades” with more American billionaires than ever before starting their lives as middle-class kids who made good. That, while also acknowledging the fortunate circumstances in which those fortunes are grown, how “globalization and technology … allows businesses, such as Google and Facebook, to span markets, help the most successful entrepreneurs to profit faster and at greater scale.”

Maybe none of this matters, or perhaps it is all overwhelmed by the supposed negative impact of billionaires on American democracy and societal cohesion. But the trade-offs from treating wealth as a bad thing to be dealt with through punitive policy is worth noting.

This article by James Pethokoukis first appeared at The American Enterprise Institute.