Billions Dead: That's What Could Happen if India and Pakistan Wage a Nuclear War 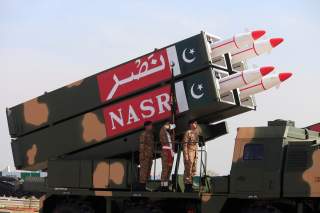 Armed with what they believe is reasonable intelligence about the locations of Pakistan’s strategic forces, highly accurate missiles and MIRVs to target them, and a missile defense that has a shot at cleaning up any Pakistani missiles that survived the first strike, Indian leaders might be tempted to launch a counterforce first strike.

At an event at the Stimson Center in Washington this week, Feroz Khan, a former brigadier in the Pakistan Army and author of one of the best books on the country’s nuclear program, said that Pakistani military leaders explicitly based their nuclear doctrine on NATO’s Cold War strategy. But as Vipin Narang, a newly tenured MIT professor who was on the same panel, pointed out, an important difference between NATO and Pakistan’s strategies is that the latter has used its nuclear shield as a cover to support countless terrorist attacks inside India. Among the most audacious were the 2001 attacks on India’s parliament and the 2008 siege of Mumbai, which killed over 150 people. Had such an attack occurred in the United States, Narang said, America would have ended a nation-state.

Zachary Keck is the former managing editor of the National Interest.You can find him on Twitter: @ZacharyKeck.