Black Death: How Medieval Writers Described the Pandemic of Their Time 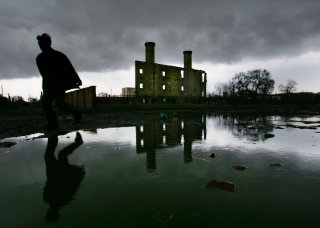 A plague of serious proportions is ravaging the world. But not for the first time.

From 1347-51, the Black Death killed anywhere from one-tenth to one-half (or more) of Europe’s population.

One English chronicler, Thomas Walsingham, noted how this “great mortality” transformed the known world: “Towns once packed with people were emptied of their inhabitants, and the plague spread so thickly that the living were hardly able to bury the dead.” As death tolls rose at exponential rates, rents dwindled, and swaths of land fell to waste “for want of the tenants who used to cultivate it….”

As a medieval historian, I’ve been teaching the subject of plague for many years. If nothing else, the feelings of panic between the Black Death and the COVID-19 pandemic are reminiscent.

Like today’s crisis, medieval writers struggled to make sense of the disease; theories on its origins and transmission abounded, some more convincing than others. Whatever the result, “… so much misery ensued,” wrote another English author, it was feared that the world would “hardly be able to regain its previous condition.”

A disease without borders

Medieval writers produced a variety of answers for the plague’s origins. Gabriele de Mussis’ Historia de Morbo attributed the cause to “the mire of manifold wickedness,” the “numberless vices,” and the “limitless capacity for evil” exhibited by an entire human race no longer fearing the judgement of God.

Describing its eastern origins, he further noted how the Genoese and Venetians had imported the disease to western Europe from Caffa (modern-day Ukraine); “carrying the darts of death,” disembarking sailors at these Italian port-cities unwittingly spread the “poison” to their relations, kinsmen and neighbours.

Containing the disease seemed nearly impossible. As Giovanni Boccaccio wrote about Florence, the outcome was all the more severe as those suffering from the disease “mixed with people who were still unaffected …” Like a “fire racing through dry or oily substances,” healthy persons became ill.

Possessing the power to “kill large numbers by air alone,” through breath or conversation, it was thought, the plague “could not be avoided.”

Looking for a cure

Scholars worked tirelessly to find a cure. The Paris Medical Faculty devoted its energies to discovering the causes of these amazing events, which even “the most gifted intellects” were struggling to comprehend. They turned to experts on astrology and medicine about the causes of the epidemic.

On the pope’s orders, anatomical examinations were carried out in many Italian cities “to discover the origins of the disease.” When the corpses were opened up, all victims were found to have “infected lungs.”

Not content with lingering uncertainty, Parisian masters turned towards ancient wisdom and compiled a book of existing philosophical and medical knowledge. Yet they also acknowledged the limitations in finding a “sure explanation and perfect understanding,” quoting Pliny to the effect that “some accidental causes of storms are still uncertain, or cannot be explained.”

Prevention was critical. Quarantine and self-isolation were necessary measures.

In 1348, to prevent the illness from spreading through the Tuscan region of Pistoia, strict fines were enforced against the movement of peoples. Guards were placed at the city’s gates to prevent travellers entering or leaving.

These civic ordinances stipulated against importing linen or woollen cloths that might carry the disease. Demonstrating similar sanitation concerns, bodies of the dead were to remain in place until properly enclosed in a wooden box “to avoid the foul stench which comes from dead bodies”; moreover, graves were dug “two and a half arms-lengths deep.”

Butchers and retailers nevertheless remained open. And yet a number of regulations were imposed so that “the living are not made ill by rotten and corrupt food,” with further bans to minimize the “stink and corruption” considered harmful to Pistoia’s citizens.

Authorities responded in different ways to the outbreak. Recognizing the plague’s arrival by ship, the people of Messina “expelled the Genoese from the city and harbour with all speed.” In central Europe, foreigners and merchants were banished from the inns and “compelled to leave the area immediately.”

These were severe measures, but seemingly necessary given the varied social reaction to plague. As Boccaccio famously recounted in his Decameron, the whole spectrum of human behaviour ensued: from extreme religious devotion, sober living, self-isolation and a restricted diet to warding off evil through heavy drinking, singing and merrymaking.

The fear of contagion eroded social customs. The number of dead grew so high in many regions that proper burials and religious services became impossible to perform: new religious customs emerged pertaining to preparing for and presiding over death.

Families were changed. An account from Padua mentions how “wife fled the embrace of a dear husband, the father that of a son and the brother that of a brother.”

Ultimately, there is a human element to plague too often lost in the historical record. Its influence should not be underestimated or forgotten. The modern response to pandemic evokes a similar community response. Different in scope and scale, and indeed in medical practice, administrative and public health actions remain critical.

But in 2020, we are not, as Boccaccio lamented, seeing the law and social order break down. Essential duties and responsibilities are still being carried out. Against our own 21st-century plague, wisdom and ingenuity are prevailing; citizens hang on “the advice of physicians and all the power of medicine,” which unlike the 14th century, is anything but “profitless and unavailing.”

Kriston R. Rennie, Visiting Fellow at the Pontifical Institute of Mediaeval Studies, Toronto, and Associate Professor in Medieval History, The University of Queensland