Blast from the Past: Navy Crashes Due Partly to Touch Screens Mean America's Warships Will Revert to Manual Controls 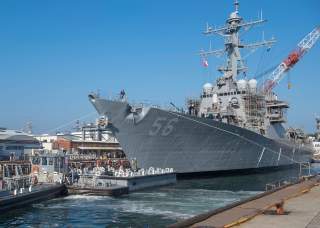 The collision between an oil tanker and destroyer USS John McCain took place on August 2017.