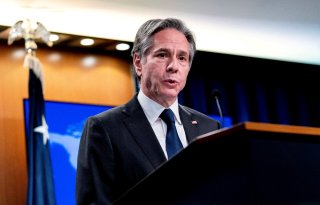 Secretary of State Antony Blinken said on Thursday that the U.S. government has yet to determine the cause of “Havana Syndrome,” a mysterious illness impacting American diplomats and military personnel around the world.

Hundreds of cases of the mysterious ailment have surfaced since it was first reported at the U.S. Embassy in Havana, Cuba, in 2016. Cases have since been reported in Austria, China, Colombia, Germany, Serbia, and Vietnam, among other nations. Symptoms have included headaches, dizziness, ringing in the ears, and vertigo.

Without a firm causal explanation for the ailment, the Biden administration has vaguely described the cases as “anomalous health incidents.” A report released by the National Academy of Sciences in December 2020 suggested that the most likely cause of the incidents was “directed” microwave radiation, although the paper did not identify a source and noted that other factors could also play a role.

Some experts suspect that Russia is behind the incidents, and Blinken indicated in the MSNBC interview that the United States has raised the issue with Moscow but does not have any definitive evidence. Russian state media outlets have dismissed the attacks as outbreaks of mass hysteria, although some cases have resulted in traumatic brain injuries.

In the absence of evidence implicating a hostile foreign actor, the Biden administration has been reluctant to describe the incidents as “attacks,” leading to frustrations on Capitol Hill. However, in October, the president signed a unanimously approved bipartisan bill, the “Helping American Victims Afflicted by Neurological Attacks (HAVANA) Act,” which ensures fair treatment and financial support for U.S. officials afflicted with the illness.

Blinken told MSNBC that he has met with officials who have had had their lives and careers disrupted by the attacks. “There is no doubt in my mind that people have been directly and powerfully affected,” Blinken said. “We are working overtime across the entire government to get to the bottom of what happened, who’s responsible. And in the meantime to make sure that we’re caring for anyone who’s been affected and to protect all of our people to the best of our ability.”