Blinken: The U.S. Government Will Figure Out “Havana Syndrome” 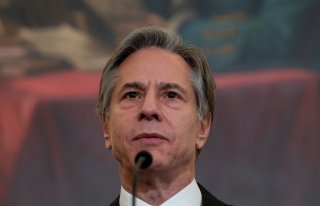 “Havana Syndrome,” the mysterious ailment affecting U.S. officials abroad, has continued to be reported in embassies around the world after it was first reported by diplomats stationed in Cuba in 2016. Although dozens of cases have been reported and investigated, the government still does not fully understand it—a point that Secretary of State Antony Blinken announced on Friday would be resolved.

Blinken announced that the Biden administration would “get to the bottom of” the “anomalous health incidents,” appointing senior State Department officials Margaret Uyehara and Jonathan Moore to coordinate efforts seeking to investigate the incidents and provide necessary care to affected officials.

The symptoms of the syndrome vary from case to case, but they generally include severe headaches, ear-ringing, and sometimes vertigo. Blinken claimed that the incidents had “left our colleagues with profound harm” and “serious physical consequences, including persistent headaches and hearing loss.”

Blinken also noted that the syndrome had been linked to other psychological effects, “including trauma, anxiety, and depression.” He described addressing the cause of the incidents as an “urgent priority” for the Biden administration and recommended that all affected employees report their cases to U.S. medical staff.

The cause of Havana Syndrome remains unclear. While a National Academy of Sciences report suggested that directed microwaves were “the most plausible” explanation for the symptoms, a different State Department report analyzing a recording of the noise that had sickened diplomats in Cuba suggested a “mechanical or biological” source—hypothesized to be the Indies short-tailed cricket, though it noted that the noise alone could not account for the conditions experienced by the diplomats.

The inability to determine a cause for the illnesses has led some to suggest that they are psychosomatic, or self-invented. Russia, which has been accused of being behind the attacks, has defended this explanation, arguing on its state-run RT network that reports of illnesses were the result of “paranoia and derangement” among U.S. diplomatic personnel. Senator Marco Rubio (R-FL) responded that the psychosomatic explanation for the illnesses was “quackery.”

Whatever the cause, the syndrome continues to affect diplomats and intelligence personnel around the world and has even disrupted some functions of state. On an August trip to Vietnam, Vice President Kamala Harris was forced to postpone her schedule for several hours after Havana Syndrome cases were reported in the U.S. Embassy in Hanoi.