Blood In the Water: The Horror That Would Be a Sinking U.S. Navy Carrier 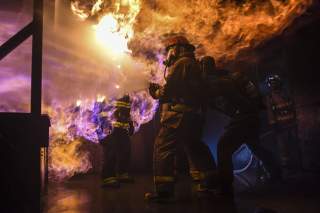 Perhaps more importantly, such an attack might give U.S. policymakers (who have historically been more casualty-averse than the U.S. public) pause over the costs and benefits of the intervention.