Bolton on Ukraine: 'I Am Not Part of Whatever Drug Deal Rudy and Mulvaney Are Cooking Up' 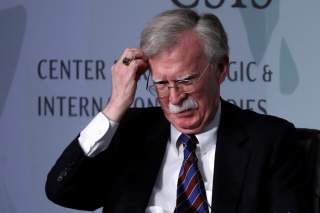 Breaking: Bolton instructed aide to report Giuliani pressure campaign to White House lawyer. “I am not part of whatever drug deal Rudy and Mulvaney are cooking up,” Bolton said, according to testimony to House investigators. @npfandos https://t.co/GO1pnMSyBl

Giuliani reportedly ignored the usual national security process by making President Donald Trump’s official advisers aware of his plan but unable to stop it, Hill said, according to The NYT. Sondland told Hill that Trump had given him permission to take part in Ukraine dealings, those who heard the testimony said.

The president’s call to Ukrainian President Volodymyr asking him to look into former Vice President Joe Biden’s son business dealings in the country became the center of a whistleblower complaint, which inspired a formal impeachment inquiry initiated by House Speaker Nancy Pelosi, though Trump said the phone call was congratulatory.

Hunter Biden vowed not to partake in any foreign business dealings “under a Biden administration” in a Sunday statement published by attorney George Mesires to Medium.

The White House did not immediately respond to the Daily Caller News Foundation’s request for comment.