Boris Johnson, Prime Minister of the United Kingdom, in ICU Thanks to Coronavirus 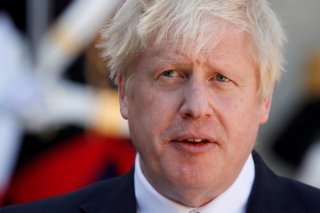 This afternoon it was announced that Boris Johnson, Prime Minister of the United Kingdom, had been whisked away to an Intensive Care Unit following complications from the coronavirus. Johnson had been diagnosed with the disease ten days ago. He is one of nearly 52,000 people in the U.K. to test positive. Over 5,300 of his countrymen have died from the virus.

The United Kingdom had perhaps one of the latest reactions to the pandemic in the western world. The government originally theorized that social distancing measures would be too costly and that since a vaccine is unlikely to be mass-produced before 2021, the best route would be to let the coronavirus spread unhampered through the country. The people who survived would develop a herd immunity, and the crisis would be over in a short span of time instead of being drawn out like in other nations. This early plan was abandoned by mid-March when it became apparent that this solution would lead to millions of preventable deaths.

This escalation of the public health crisis did not change the personal behavior of the prime minister, however. “I’m shaking hands continuously,” Boris Johnson said in March. “I was at a hospital the other night, where there was actually a few coronavirus patients. And I shook hands with everybody, you’ll be pleased to know. And I continue to shake hands, and I think it’s very important. People can obviously make up their own minds…but our judgement is washing your hands is the crucial thing.”

On March 27, the British government announced that Johnson was entering self-isolation after testing positive for the coronavirus. The fifty-five-year-old continued leading the U.K. from home, suffering from the symptoms of fever and persistent cough. Johnson was not the first world leader to enter a type of quarantine; both Canadian Prime Minister Justin Trudeau and German Chancellor Angela Merkel began working from home after they separately came in contact with people with coronavirus, although neither tested positive themselves.

In an address to the nation, Queen Elizabeth II described the public health crisis as “a disruption that has brought grief to some, financial difficulties to many, and enormous changes to the daily lives of us all.” Weeks away from her ninety-fourth birthday, this is only the fourth such emergency address the Queen has given in her sixty-eight years on the throne. “Together we are tackling this disease, and I want to reassure you, that if we remain united and resolute, we will overcome it.” Elizabeth’s son, the seventy-one-year-old Crown Prince Charles, has also been diagnosed with the coronavirus, and only left his isolation a week ago.

While Johnson is incapacitated, Foreign Minister Dominic Raab will take over his duties. Raab has served in this role since July 2019, when Johnson first succeeded Teresa May as Prime Minister. Following a landslide mandate in December, Johnson oversaw the United Kingdom’s withdrawal from the European Union.