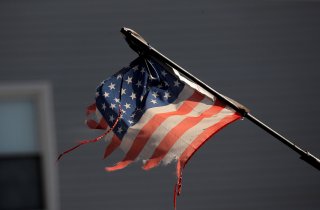 By now there can be little doubt that the coronavirus epidemic will have caused a very much deeper and more painful economic recession than that which occurred in the wake of the 2008 Lehman bankruptcy. Mainstream economic forecasters are now anticipating that in the second quarter of this year the U.S. economy will decline at an unprecedented annualized rate of at least 35 percent. They are also anticipating that U.S. unemployment could very well soon exceed 20 percent of the US labor force.

The U.S. economic recovery following the 2008-2009 economic recession was the slowest post-war recovery. Indeed, it took more than six years for the U.S. unemployment rate to regain its pre-2008 level. This was despite the largest until then peacetime fiscal stimulus package on record and despite the Federal Reserve’s resort to an ultra-unorthodox and forceful round of monetary policy loosening.

Among the factors explaining the very slow recovery from the 2008-2009 recession was a sharp loss in household wealth and the onset of a painful credit crunch. With markedly lower home and equity prices, U.S. households were inclined to be thriftier than they were before the recession. Meanwhile, in the wake of a wave of bankruptcies, lenders were very much more reluctant than they were before to extend credit to households and corporations and they only did so at higher interest rates.

One would think that with the coronavirus-induced economic recession likely to be deeper than that in 2008-2009, so too would be the loss in household wealth and the severity of the credit crunch. In this context, it is hardly encouraging that at this early stage in the recession U.S. equity prices have experienced their most rapid 30 percent decline in history. Nor is it encouraging that Jaime Dimon, the doyen of the American banking community, is now warning that we are soon likely to be experiencing US financial market stress all too reminiscent of the Great Economic Recession.

To be sure, one must expect a significant short-term bounce in the U.S. economy once the current lockdown on more than three-quarters of the U.S. public has been lifted thereby allowing workers to return to the workplace. However, after the easing of the lockdown one must still expect key sectors of the U.S. economy to be seriously affected by the epidemic. How likely is it that U.S. consumers will rush to restaurants, the malls, or to sports events before a vaccine has been developed? How likely is it that U.S. citizens will quickly resume past travel patterns or that struggling car rental companies will renew their car fleets?

As if all of the above were not sufficiently challenging for a U.S. economic recovery, one must expect unusually strong economic headwinds emanating from abroad.

China, the world’s second-largest economy and formerly the main engine of world economic growth, is likely to move to a very much lower economic growth path following the corona-induced bursting of its epic credit and housing market bubble. At the same time, the very deep recession in a heavily indebted Italy, a country some ten times the size of Greece, is almost certain to lead to another and more vicious round of the Eurozone sovereign debt crisis later this year. Meanwhile, the perfect storm of low international commodity prices, a record rate of capital repatriation, and depressed external demand are bound to set off a wave of emerging market debt defaults.

At a time of considerable domestic and external economic uncertainty, it is all very well for economic policymakers to make upbeat comments about the country’s economic prospects with a view to boosting household and corporate confidence. However, one must hope that in formulating the appropriate policy response to the economic crisis, policymakers are being realistic in their private assessment of the serious domestic and international challenges that now face a U.S. economic recovery.