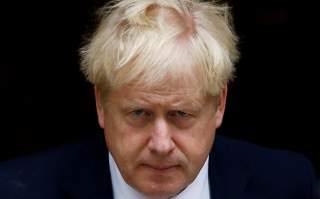 What happens if Britain leaves the European Union on October 31st?

That’s the expectation of British officials who have devised a worst-case emergency plan to respond to potential chaos caused by Brexit.

“Protests and counter-protests will take place across the UK and may absorb significant amounts of police resource,” the document warned. “There may also be a rise in public disorder and community tensions.”

“Certain types of fresh food supply will decrease,” British planners concluded. “Critical dependencies for the food supply chain (such as key input ingredients, chemicals and packaging) may be in shorter supply. In combination, these two factors will not cause an overall shortage of food in the UK but will reduce availability and choice of products and will increase price, which could impact vulnerable groups.”

The plan also anticipates a spate of panic buying that “will cause or exacerbate food supply disruption.”

Operation Yellowhammer planners also noted that many medicines are imported across the English Channel into Britain. EU members can trade freely with nations within the bloc. Once Britain leaves, France may impose border trade controls.

Whatever problems that Britain experiences may be greater for Gibraltar, a British territory bordering Spain and a crucial chokepoint in the Mediterranean. “Gibraltar, due to the imposition of border checks at its border with Spain (and the knock-on effect of delays from the UK to EU), will see disruption to supply of goods (including food), medicines, trans-frontier shipment of waste and delays of 4+ hours for at least a few months in the movement of frontier workers, residents and tourists across the border. Prolonged border delays over the longer term are likely to adversely impact Gibraltar’s economy.”

But a bigger problem could be the border between the Republic of Ireland – an EU member -- and British Northern Ireland. This has been a sticking point in negotiations between London and Brussels, over whether there will be a “hard” border of customs checks between the two Irelands. There are fears that imposing border checkpoints will lead to a resurgence of terrorism by Northern Irish nationalist groups.

In terms of national security, one potential flashpoint is fishing rights. “Up to 282 EU and EEA [European Economic Area] nations fishing vessels could enter illegally, or already be fishing in UK waters (Up to 129 vessels in English waters, 100 vessels in Scottish waters, 40 vessels in Welsh waters, 13 vessels in Northern Irish waters) on day one,” British planners estimate. “This is likely to cause anger and frustration in the UK catching sector, which could lead to both clashes between fishing vessels and an increase in non-compliance in the domestic fleet.”

Nonetheless, if there’s one bright spot to Brexit, it’s that Britain will still be a member of NATO. Britain is a key member of the alliance, especially in areas such as naval forces. More important, in a military alliance that hasn’t used much military force in 70 years, Britain is the member most willing to actually use its muscle in places like Afghanistan.”