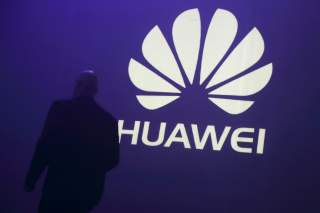 The country will allow the company to supply and build 5G network infrastructure but will deny it access to some of Britain’s government sites, The Washington Post reported Tuesday. Britain officials had been under intense pressure from the Trump administration to block Huawei.

President Donald Trump and U.S. officials believe Huawei represents a threat to national security, warning Beijing could direct the company to spy on Americans or cause disruptions to critical infrastructure.

Huawei considers the move a win, even though Britain also limited its market share to 35%.

“Huawei is reassured by the U.K. government’s confirmation that we can continue working with our customers to keep the 5G roll-out on track,” company Vice President Victor Zhang said in a press statement addressing the move.

Huawei has operated in the country for more than 15 years, he noted.

“This evidence-based decision will result in a more advanced, more secure and more cost-effective telecoms infrastructure that is fit for the future. It gives the U.K. access to world-leading technology and ensures a competitive market,” Zhang said in the statement.

Meanwhile, American officials are stepping up their anti-Huawei campaign. Secretary of State Mike Pompeo, for instance, told his Twitter followers Sunday that Britain had a “momentous decision ahead on 5G.”

Former Rep. Mike Rogers of Michigan was among a handful of people who panned Britain’s move. “It’s a recipe for disaster,” he said in a press statement addressing the decision.

“Great Britain’s decision to allow Huawei to build ‘non-core’ parts of the 5G network is a terrible decision, period,” said Rogers, a Republican who chairs 5G Action Now, a group devoted to pushing American officials to act quicker to beat China to the punch.

He added: “I worry that by the time London realizes this, it will be too late to close the barn door and the digital horses will be in Beijing’s stables.”

China has reportedly spent $24 billion more on wireless communications infrastructure since 2015 than the U.S. The country also built more 5G towers in a three-month span in 2017 than the U.S. did in three years. There are also concerns that Huawei’s and ZTE’s close ties to China leave the U.S. open to cyberattacks.

Huawei’s founder, Ren Zhengfei, was reportedly a technician for the People’s Liberation Army before founding the company. Huawei Chief Financial Officer Meng Wanzhou spent more than six months in 2019 on house arrest as the executive faces allegations of attempting to evade U.S. trade sanctions on Iran.