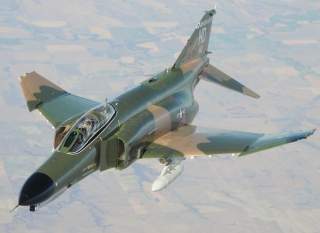 “It was all a bit of fun, of course. But it broke the ice, so to speak, and the C-130 captain was willing to play along up to a point.”

With the potential, as they say, to shoot oneself in the foot, there was both irony and surprise in the situation. But there it was, an important day, a day of new beginnings, a day in 1993 that was written down in many diaries. As the colonel himself walked into the crew-room – a colonel who turned out to be large, moustachioed, ebullient – a sudden hush fell across the room. When Squadron Leader Archie Liggat, as officer commanding 234 Squadron, a tactical weapons and advanced training unit at RAF Valley in Anglesey, stepped forward he shook the colonel’s hand and said: “May I introduce some of my staff and students, sir…” And as Archie went through the niceties he was conscious that his every move was under the scrutiny of a group of senior Royal Air Force officers. Perhaps, beneath the “wonderful to meet you…” “How are you today?” “Nice weather isn’t it?” routines, he felt, deep down, the press of secondary agendas. Maybe he harboured thoughts that, despite the show of joviality, the colonel could be hard and mean and out for himself – not that Archie had anything against the fellow personally, it was just that, under the circumstances, it was difficult not to feel more than a little bemused by the proceedings. And few would argue that the proceedings were, to put it mildly, rather unusual.

It was three years earlier, one day in October 1990, when Archie was a Phantom pilot based in the Falkland Islands that the scene was set for the remarkable reunion that would take place, entirely by chance, during the colonel’s visit to Valley. For one thing, it was quite by accident that Archie, together with colleagues, was on quick reaction alert (QRA)duty on that particular day in the Falklands. The men were primed to react if needed while they waited in a special crewroom next to a hangar with two fully armed Phantom FGR2s. On the day in question, Archie and his colleagues had been made aware of a special request from the Argentine government concerning a large section of Antarctic ice, part of the renowned Wilkins Ice Shelf, which had broken off and was drifting around the South Atlantic seas. The Wilkins Ice Shelf, evidently stable for most of the twentieth century, had now started to break up. Worried about the effects of global warming, scientific researchers from Argentina were anxious to make detailed observations from the air.

As the aircraft to be used for these observations, a Lockheed C-130 Hercules operated by the Argentine Air Force (Fuerza Aerea Argentina or FAA), had limited range, permission had been sought by the Argentines to fly across the Falkland Inner Conservation and Management Zone (FICZ). Since this would be the first such flight by an aircraft of the FAA after the war of 1982, the issue was a contentious one. Nonetheless, the United Kingdom government had agreed to the flight on condition that the C-130, as it crossed the FICZ, was accompanied by two RAF Phantoms. In order to cope with language difficulties, Spanish-speaking air traffic controllers would be available at the Phantom’s base at RAF Mount Pleasant in East Falkland.

So it was that the two QRA Phantoms took off on that spring Falklands day to intercept, identify and escort the Argentine aircraft. The plan worked just as arranged and it was not long before Archie, as pilot of the number one QRA aircraft, held formation on the left side of the C-130. When in position, he noted that the Argentine aircraft, apart from insignia and camouflage paintwork, was similar to the RAF C-130s of 1312 Flight based at Mount Pleasant. The latter had been modified to offer an in-flight refuelling facility which the Phantoms used occasionally. While Archie and his navigator held sentinel on the Argentine’s left side, the other Phantom pilot manoeuvred judiciously as his navigator took photographs. The Phantom crews made no radio contact with the Argentine opposite numbers, although a few polite nods of the head took place from time to time. With the C-130’s cruise speed of less than 300 knots, progress through the FICZ seemed, after a while, slow — indeed, unaccustomedly slow, in fact tedious to the point that Archie started to become quite bored.

Possibly at that point Archie’s thoughts may have meandered in different directions which included, perhaps, mental pictures of home, of his birthplace in Grantown-on-Spey in the highlands of Scotland… Suddenly, Archie was struck with an idea; an idea which he discussed with his navigator who seemed quite amused by the preposterous proposition. For while in formation they’d spotted that their charge was one of the FAA’s two KC-130s, a type of Hercules based on the US Marine Corps variant used for in-flight refuelling. Archie decided to ease his twin throttles forward to reposition the Phantom; he wanted to be fully visible to the Argentine flight deck crew. He then dropped his left hand from the twin throttles to the fuel panel below. With his eyes still watching the Hercules, Archie’s fingers felt carefully for the in-flight refuelling probe switch. The distinctive shape of this switch was readily identified. Now, when he operated the switch, Archie and his navigator heard the typical thumps and clunks that signified movement of their flight-refuelling probe. As the device, normally flush with the fuselage by the pilot’s cockpit, broke out of its housing the movement signalled a standard silent procedural message interpreted by aviators as: “I’d like some fuel please!”

The response from the Hercules’ flight deck crew was immediate: both of the pilots’ heads whipped round to stare at their escort. Meanwhile, several other crew members, their facial expressions quizzical, began to crowd against side windows. The repartee could be imagined:

“They’re off their tiny little rockers!”

“How can we deal with these people?”

“They must be under stress!”

“No, it’s just a lark. Let’s play along.” At this, one of the Hercules’ men grinned at the Phantom crew and gave a thumbs up sign. Thus encouraged, Archie manoeuvred back-wards to adopt the standard refuel ‘wait’ position. After a moment or two, to his astonishment the Hercules’ refuel drogue gave a slight lurch before it began to emerge from the hose drum unit. As the fuel line slowly extended, Archie followed it back and started to move to a refuelling position. At this juncture, however, the Hercules’ captain must have decided that the prank had gone far enough: the hose jerked to a stop, paused, then was reeled swiftly back into its housing. Archie now eased his twin throttles forward to resume his former position abeam the Hercules’ cockpit. When there, he dropped his oxygen mask briefly to make an exaggerated glum expression. The reaction from the Hercules’ crew was intriguing: even more faces appeared at the side windows, all smiling broadly. Some shook their heads from side to side and wagged fingers as if at a naughty schoolboy.

Meantime, the Hercules’ captain raised his coffee cup in salute, a sign which Archie construed to mean ‘no hard feelings’. He therefore retracted his refuelling probe and held a slightly wider formation as if to indicate: ‘Okay. That’s agreed!’ For the next hour or so Archie maintained this position while the formation flew on the planned course which took the aircraft directly overhead Mount Pleasant airfield then on towards the eastern boundary of the FICZ. When there, Archie complied with the internationally agreed signal ‘you are clear to proceed’ before he gave a cheery wave and broke away sharply to the left as he headed back to Mount Pleasant.

After landing, Archie and the other crew members were duly debriefed by intelligence officers who asked suitably intelligent questions. As usual, there were forms to complete, documents to sign, this and that to do to ensure satisfactory bureaucratic progression, but before long, in the bustle of a busy life, the incident began to recede to the back of Archie’s mind. Indeed, three years went by before the memory was stirred, three years during which he moved from Leuchars to 74 Squadron at RAF Wattisham in Suffolk where, among other duties, he was the Phantom aerobatic display pilot – the last on type in the Royal Air Force. In the autumn of 1992, coincident with RAF Wattisham’s transition to the Army Air Corps, he was posted to RAF Valley as officer commanding 234 Squadron, a training unit whose motto ‘ignem mortemque despuimus’ might have instilled a sense of awe within the student body (especially when they learnt the meaning – ‘we spit fire and death’).

Perhaps such a motto may have been appropriate, too, when issues concerning Argentina arose although, as some ten years had elapsed since the Falklands War, efforts were underway to normalise relations. As part of that process, a new Argentine air attaché had been appointed, a colonel who was in the throes of introduction to personnel at various Royal Air Force stations around the country, including RAF Valley. With the selection of 234 Squadron as one of the units to be visited, on the day in question staff and students were lined up ready to meet their important guest. To greet the colonel, the officers’ mess had provided tea with proper teacups, silverware, posh biscuits, sandwiches, stewards and all.